The website is under construction. We apologize for any inconvenience.
Home / Books/ Children/ Mio padre è un palombaro
BooksChildren 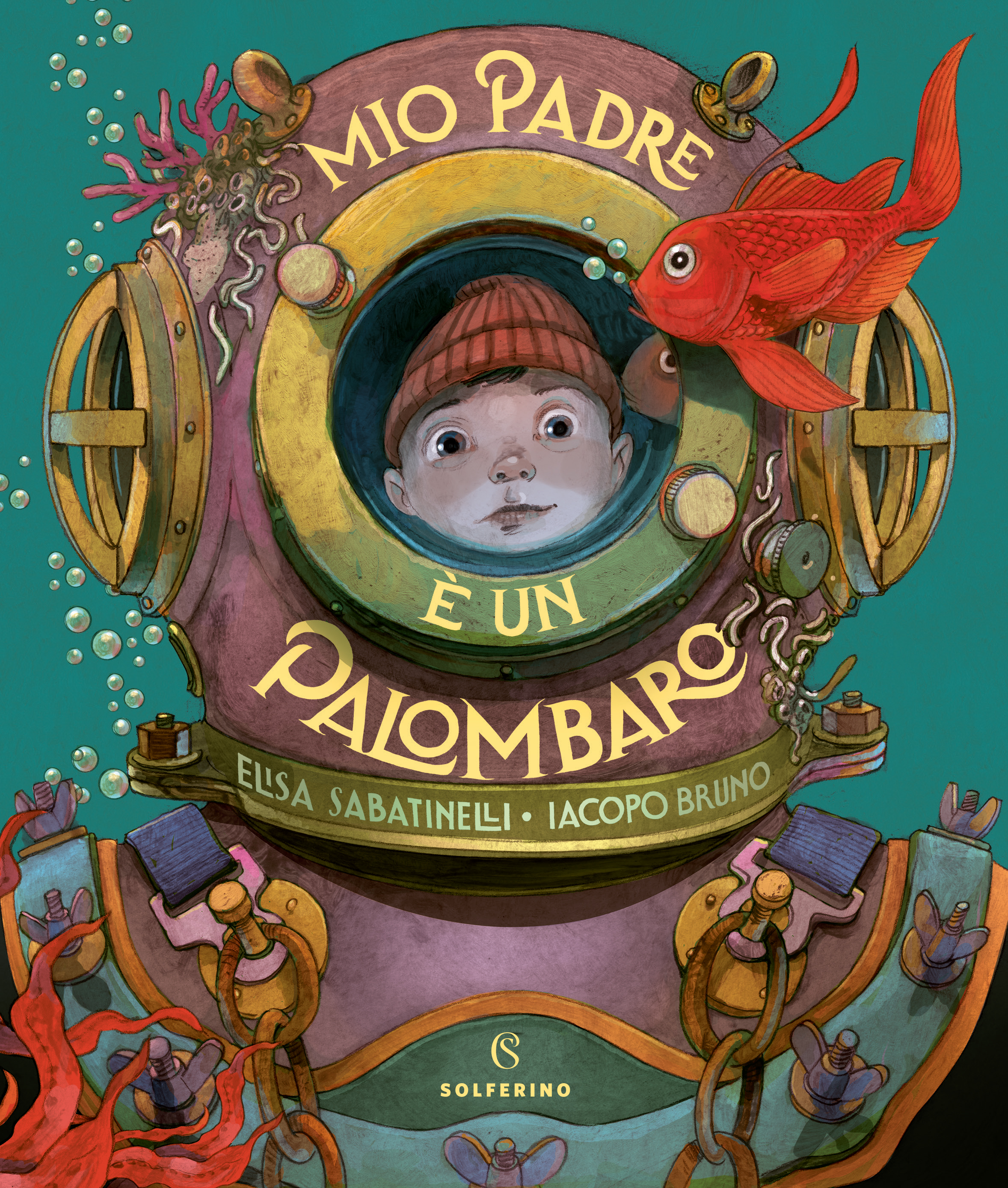 At the center of the story is the Marina, the epicenter of the divers’ explorations and the family that founded it. Ettore is the youngest in the family. His dream of becoming a diver, like his father and grandfather, is cruelly destroyed by Amedeo Limonta, an unscrupulous businessman, who builds afashionable seaside resort right next to the Marina, sending it bankrupt. Ettore’s family is forced to move to the city, far from the sea. But what Amedeo Limonta really wants to do is to capture the Pearl, the soul of the sea, and then sell it for a fortune. Ettore is the one who finds it, though, on his eighth birthday. But the Pearl belongs to the sea, which is where it must return. So begins Ettore’s mission to put all the elements back into their natural order.Illustrated by Iacopo BrunoIacopo Bruno lives and works in Milan (200 kilometers from the sea) and Levanto (just two meters away). With his wife, Francesca Leoneschi, he shares a passion for graphic design and typography.With her, he set up graphic design studio The World of Dot, which specializes in editorial and book design, illustration, and typography. He studied at the Accademia di Belle Arti in Carrara, specializing for many years in painting. Iacopo’s passion for illustration came later, when he successfully entered five plates dedicated to Peter Pan in the Bologna Children’s Book Fair competition for illustrators.Since then, his illustrations have traveled the world, gracing books by the foremost international publishers. He has illustrated hundreds of book covers and won the most prestigious industryawards. When he’s not drawing, Iacopo searches for dolphins in his boat, and, when the weather’s bad, restores old paintings and furniture in his basement, among a clutter of tools and memorabilia.

Born in 1985 in Italy, Elisa grew up in Barcelona where she graduated in screenwriting. After an experience in London she then moved to Milan and attended Raul Montanari’s school of creative writing. In 2013, she created Cortili Letterari, a festival dedicated to Italian authors under 35.She had several of her stories published, including a novel for Rizzoli. Since 2008, she has devoted herself to publishing, specializing in editorial coordination, ghostwriting, and manuscript reading.