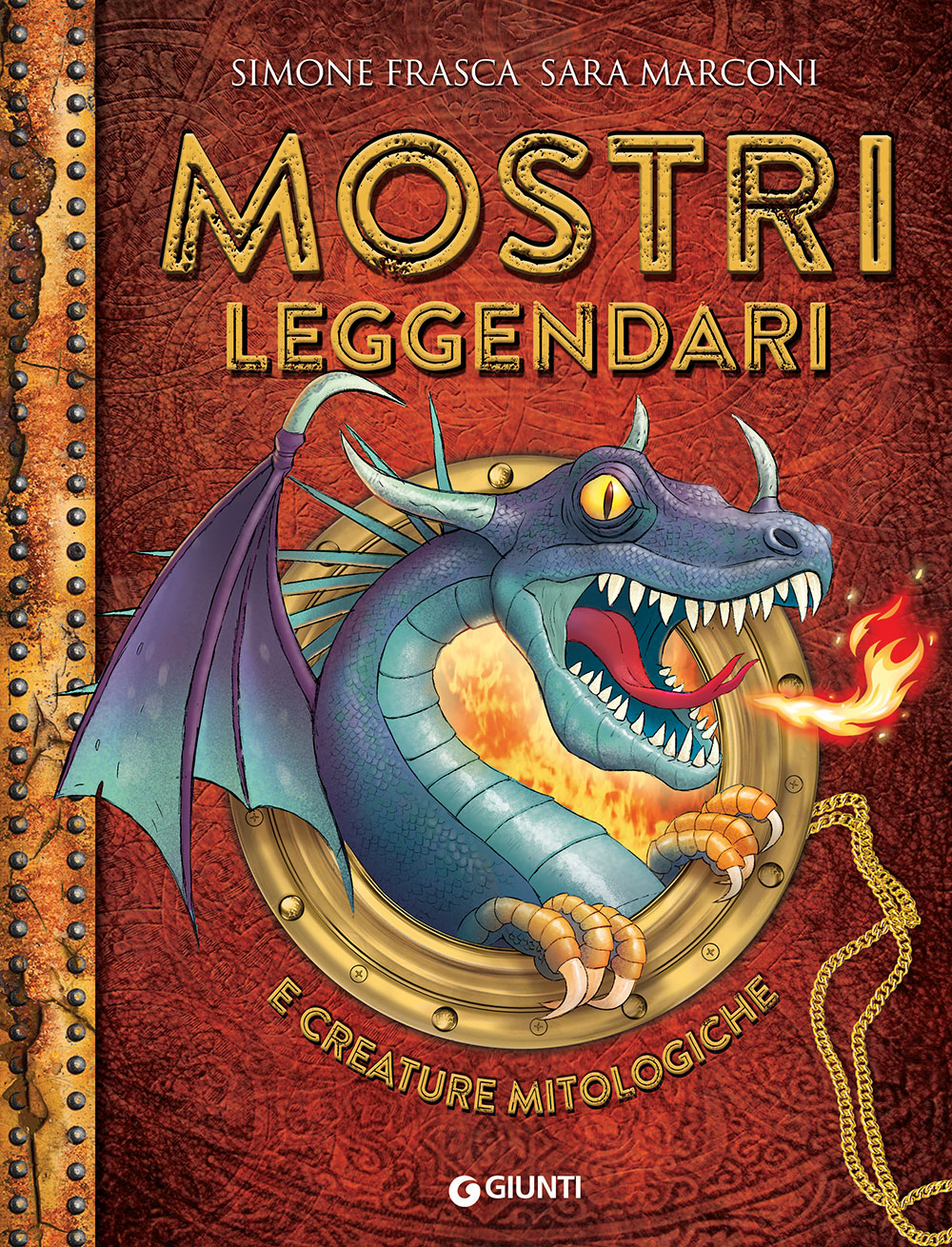 A fantastic bestiary that includes 30 creatures from myths and legends that span the globe, loaded with information and curiosities. A bearer of millennia-old knowledge, this bound volume, crafted with an ancient aesthetic, is a gift from Circe the witch to the young protagonists of the Mythic Six series, allowing them to get to know the creatures they must protect. Each being is presented on two large illustrated double pages: the first pair, with a large image, describes the creature’s physical appearance and characteristics, the second provides its history and anecdotes, with little boxes marked here and there by notes, underlining, and insertions, as though the book had actually been used by the series’ characters for their adventures. Also appearing among the book’s pages is a magic medallion which, like a sort of porthole, can “connect” the reader to places, objects and situations related to the history or adventures of the fantastic creatures. Those who open this precious book will become members of the magical Team Chimera, protector of all fantastic creatures since the dawn of time!

Sara Marconi (Torino, Italy, 1972) has lived in Milan and then in Tuscany, after graduating in History of the Italian Language in Bologna. She worked for many years in advertising and was the director of a project on art and play in Tuscany for five years. Today she is involved in children’s books, working as an author, translator, and editor, as well as being in charge of children’s literature for ’L’indice dei libri del mese’, where she is also on the editorial committee.

Simone Frasca (Florence, Italy, 1961) has collaborated with some of the best illustration studios (Libero Gozzini, Studio Triagono). He is a writer and illustrator of books for children and works with a variety of publishers in Italy. His characters, ironic and fun, know how to speak to children about important and difficult topics in a straightforward manner. He is fluent in a number of ‘languages’: illustrations, comics, games, websites, and cartoon animation. When he is not working on a new book, he organizes presentations about literature for children.