The website is under construction. We apologize for any inconvenience.
Home / Books/ Fiction/ Neve, cane, piede
BooksFiction 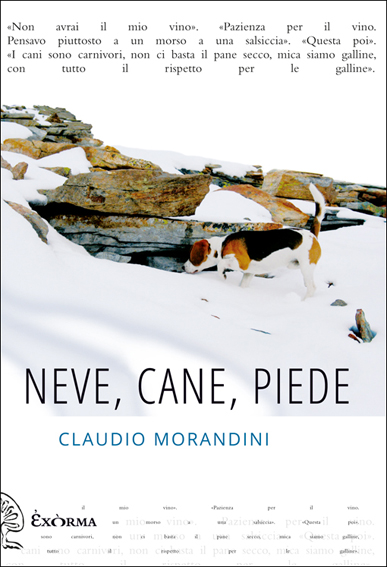 In the Alps, there is a lonesome valley where the old and scatterbrained Adelmo Farandola wanders, crazy with solitude. Adelmo’s only companion is a nagging dog; together they form an unusual comic pairing, since Adelmo is able to understand its talking as well as those of other animals of the mountains. He also understands the voices of the wind, the sky, and even of the dead.Struggling in the wild and hostile nature around him, we follow him in the changing of seasons and in the repetitiveness of his actions: but then one day, as spring arrives, Adelmo and his dog notice a foot in the melting snow. ’Snow, dog, foot’ is a strange little book that one can read cover to cover, enchanted by its characters and their sarcastic profundity.

A high school teacher, Claudio Morandini lives in Aosta. “Neve, cane, piede” has been a real literary phenomenon: a top 5 best-seller, it won the Procida-Elsa Morante-Isola di Arturo prize in 2016 and it has been sold to UK, France, Netherlands, Turkey, Chile and Argentina. Film rights have been optioned.
In 2018, Salani published his first children’s book “Le maschere di Pocacosa”, and in 2019 his new novel “Gli oscillanti” has been published by Bompiani.