The website is under construction. We apologize for any inconvenience.
Home / Books/ Fiction/ Non ho mai avuto la mia età (I Was Never My Age)
BooksFiction 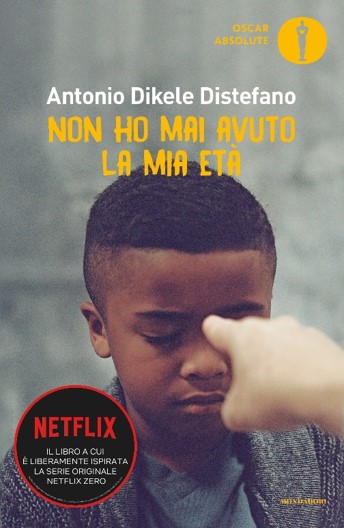 This is the story of Zero, a boy who was never his age and of many like him, second-generation immigrants in Italy. He do­esn’t even have a name. He never actually had anything, because his life is a con­stant subtraction: always taking from him and rarely gi­ving anything. Zero has no citizenship, he doesn’t have a mother or any money, and he doesn’t even have the luxury of thinking about the future. Zero’s years, from the age of seven to eighteen (each of which corresponding to a chap­ter), are filled with hardship, steeped in the poverty of the city outskirts. In this novel Antonio Dikele Distefano throws light on the lives of young people, the children of immigrants, who are not considered citizens even when they are born in Italy, speak the language and share the same cultural references. His raw and emotional approach to his writing has struck a chord with readers: while his book is shaped by his backgrounf, it homes in on universal emotional truths told with authentic voice and clear language.

An exploration of the metaphisical invisibility felt by many young people facing uncertainty. A cross-section of the lives of young boys and girls, who, like Zero, only got a punch in the face from life.

Antonio Dikele Distefano, 27-year-old, is a formerly self-published author whose books have sold hundreds of thousands of copies since he signed with Mondadori. Unlike the previous novels which were aimed at young adults, Non ho mai avuto la mia età, released in 2018, earned a nomination for Italy’s prestigious  Strega Prize. It did not make the finalist list but was the inspiration for the Netflix series ZERO.