Laurent Feneyrou. He is a researcher at the CNRS, a member of the Académie Charles Cros and of the Scientific Committee of Fondazione Levi (Venice). He is a publisher of composers’ writings, author of works on 20th century music and a translator of poets from Trieste and its surrounding area.

What is Triestiana, and how did the idea for this project come about?

Triestiana is a publishing association, born out of a shared passion for the literature, and mainly the poetry, of the Trieste region. Between North and South, East and West, once between Byzantium and the Carolingian power, we find Trieste, Triest or Trst, a city which, under the Habsburg Empire, embodied the political, economic, administrative and cultural reality of Mitteleuropa. While the works of Umberto Saba and Italo Svevo are today recognized throughout the world, we plan to publish, at a rate of two or three volumes per year, poets whose works will, for the most part, be their first publication in French. As a co-publishing initiative together with Éditions de l’éclat, we will translate, without nostalgia for the territorial divisions of the past,  literature that stretches from the ancient counties of Gorizia and Gradisca, to the now Slovenian and Croatian coastline of ancient Histria, from the tensions preceding World War I to the present day. These works are sometimes in Italian, sometimes in dialect:  the triestino of Virgilio Giotti, the graisan of Biagio Marin or the rovignese of Ligio Zanini. This is why it is so important for us to publish our works in bilingual versions. The collections or anthologies will generally be introduced by prefaces written by Italian scholars, followed by an afterword  that charts the course of a text and draws references to other poems by the same author, followed by a brief critical apparatus and a bibliography, inviting further reading.

What are the first titles in the collection?

The first is Virgilio Giotti‘s Piccolo canzoniere in dialetto triestino (1914), a remarkable collection of light-hearted and poignant verses, fluctuating between innocence, amorous banter, and introspection, mourning, a harrowing contemplation on existence. For this collection – the author’s first, which includes translations of Dante and Leopardi in dialect – we chose the French title Petit Chansonnier amoureux, a title Giotti himself had at one time envisaged. In 1907, to escape the obligation to serve in the military, he had settled in Florence. There, he was a teacher for the deaf, and travelled through Carnia, Valtellina and Switzerland, selling toys and handicrafts. In Florence he also met other exiled writers from Trieste, and frequented, but never collaborated with, the renowned literary magazine La Voce. Ironically, it was in Florence where he found his native tongue, the Triestine dialect he always refused to speak, to make it the “language of poetry” and to speak of the humble, the ethics of poverty, the simple beauty of the world, its impermanence and vanity, the fleeting nature of time, the inherent solitude of existence, a wisdom tinged with despair. It’s all there, ideas that will continue to characterise his work and become deeper.

The second volume, published in parallel, is Monàde (1978) by Fery (Ferruccio) Fölkel. The embodiment of the border-land identity of the area around Trieste, Fölkel is the son of a taciturn, shadowy Vienna-born Jew, “non-existent” after the fall of the house of Habsburg – according to Fölkel – and a Triestine Catholic woman of Slovene and German descent born around the city of Gorizia. Monàde, a dialect expression Joyce uses in a letter to Svevo, and which we have translated into Nonsense, extols the splendours of Mitteleuropa, its Jewish traditions and languages, and its historical tragedies. Driven by a nostalgia that he himself calls “ferocious”, and with a sharp, pithy spirit, Fölkel appears melancholic and sharp-tempered in his love for what is no more, and thus loved all the more, a bygone world that made him a poet – but also, and just as much, a chronicler and a witness. He thus builds a moving and uncompromising – and at times bitter – dialogue with himself, with his father and with History, holding the memory of festive or funeral ceremonies, whether real or imaginary, driven by an unquenchable civic passion.

What are some of the upcoming titles?

The next issue will include a collection by Biagio Marin, in the dialect of Grado, La Girlanda de gno suore, published in 1922 by Giovanni Paternolli, who was a bookseller, printer, publisher and patron of the arts, a scholar of Hellenic studies, an expert on Homer, the tragic poets, and Plato, as well as pre-Socratic and Oriental philosophies. He was a man who reflected the extraordinary intellectual vitality of Marin’s circle in Gorizia, where philosophical, Hellenistic, Latin and Germanic academics rubbed shoulders. This collection will be published in parallel with a first volume devoted to Gino Brazzoduro, born in Fiume (Rijeka) in 1925. From 1980 onwards, this engineer specialised in metallurgy published simple and profound collections on the human condition, “precariously balanced between the innumerable frontiers that embrace and cross him”. In addition, we have volumes by Carolus L. Cergoly and Fedoro Tizzoni currently being translated, and new collections by Brazzoduro, Giotti, and Marin.

Do you have any other publishing projects concerning the Trieste area, other than Triestiana?

Yes, two, and a wish. For the Cahiers de l’Hôtel de Galliffet collection, an anthology of ten short stories by Giani Stuparich, which includes One Year of School and L’erba nocca, is in the works, as well as an anthology of poets from the Trieste region for Edizioni della Conferenza publishing. As for the wish, it would be to convince a publisher to translate and publish Scipio Slataper’s analysis of Ibsen’s works. From a philosophical point of view, this work seems to me to be on equal grounds with Carlo Michelstaedter‘s Persuasion and Rhetoric.

Patrizia Atzei is a philosopher, translator, and co-director of NOUS.

What are the most important Italian titles published by Nous, in any genre?

That’s a difficult question, for a publisher every title is important! The sphere of Italian literature is very important for NOUS, and each title we publish is a source of pride. For example, there are authors whose work is still inexplicably unknown or at least underestimated in France, and who are particularly dear to our hearts. Among these, we could mention Edoardo Sanguineti, Franco Fortini, Carlo Levi, or Andrea Zanzotto.

Could you tell us about your upcoming publication projects for Italian literature, and the criteria that guided your choices?

Our Italian translation programme is always very rich. For example, we will continue to publish texts by Carlo Levi and Leonardo Sciascia for the “VIA” collection, which brings together texts by authors of the past and present dedicated to Italy and to travels in Italy. We are planning to publish Let’s Spit on Hegel, a cult book by the Italian feminist Carla Lonzi, and L’anello forte by Nuto Revelli, a magnificent work of investigation into the lives of peasant women in Piedmont. Two books of great significance, which we are going to publish in their first full translation into French.

Italy was chosen as the country of honour at the 2023 Paris Book Fair. In view of this event, have you already thought of any particular projects?

We believe that the participation of the publishing house NOUS is necessary, given the importance of the Italian field in our catalogue.

When you published titles by Italian authors, did you ever ask the Italian cultural institutes in France (Paris, Strasbourg, Lyon, and Marseille) to organise presentations?

We have had the pleasure of organising meetings at the Italian Institute in Paris and we would be happy for this type of events to occur more often, particularly in Paris and Marseille.

Isabella Checcaglini: born in 1975 in Foligno, Italy, she moved to Paris in 1994. While completing her thesis on Mallarmé’s body of work at the University of Paris 8, she founded Ypsilon Éditeur in 2007 to continue her research in literature from a different angle.

In recent years, what developments and trends have you observed in Italian literature? And in the literature bought in France?

As a reader of modern classics and a lover of the classics, I look for timelessness in contemporary works. It seems to me that though Italian literature is well loved in France, it is not necessarily the same authors to be most widely read in both countries; works known in Italy are not equally well known in France. A widely admired author such as Michele Mari, for example, does not have the same success in Jean-Paul Manganaro‘s magnificent French translation as he does in his own language. But perhaps Maria Attanasio will find a wider audience here in France than in her own Italy, which regrettably continues to be too virile, not to say macho.

What are the most important Italian titles published by Ypsilon, in any genre (fiction, young adult, graphic novels)?

Could you tell us about your upcoming publishing projects for Italian literature, and the criteria that guided your choices?

Our publishing house was created to publish unreleased works by authors who left a mark in their life-time, such as Pier Paolo Pasolini, a major player in Italian literature, and particularly important to me personally, as he was not really known as a poet in France, and I especially love this part of his tremendous work. Thus,  I went for a deep-dive in the two “Meridiani” volumes collect his poems, and I found a gold-nugget: the long poem entitled F. which the author himself wished to publish separately, as he expressed in a letter to his editor. We published, this poem, translated as “C.” in a bilingual Italian-French edition, F. stands for Fica, the Italian word for the female sex parts, and C. stands for Chatte, one of the names given to the same parts in French. But I also contributed to discovering Amelia Rosselli by publishing her first book of poems War Variations, and rediscovering Sandro Penna and Natalia Ginzburg, by offering new editions and translations of their most important works, which had become unavailable in France. I also had the chance to publish two additional books by two great Italian authors, well known in France, the very first book by Sciascia, Fables of the Dictatorship, published in 1950 and sadly somewhat forgotten; and the “Greek book” by Antonio Tabucchi, Una camicia piena di macchie, which had been in his bibliography since 1999 but had never been translated into either Italian or French, but which the author wanted to have translated by the French translator of the great Greek poet Yannis Ritsos.

When you published titles by Italian authors, did you ever ask the Italian cultural institutes in France (Paris, Strasbourg, Lyon and Marseille) to organise presentations?

After many years of not asking Italy and its institutions for anything, I decided to contact them again, for Michele Mari‘s book, for Gianni Rodari‘s book and for the two books by Maria Attanasio, without much success. 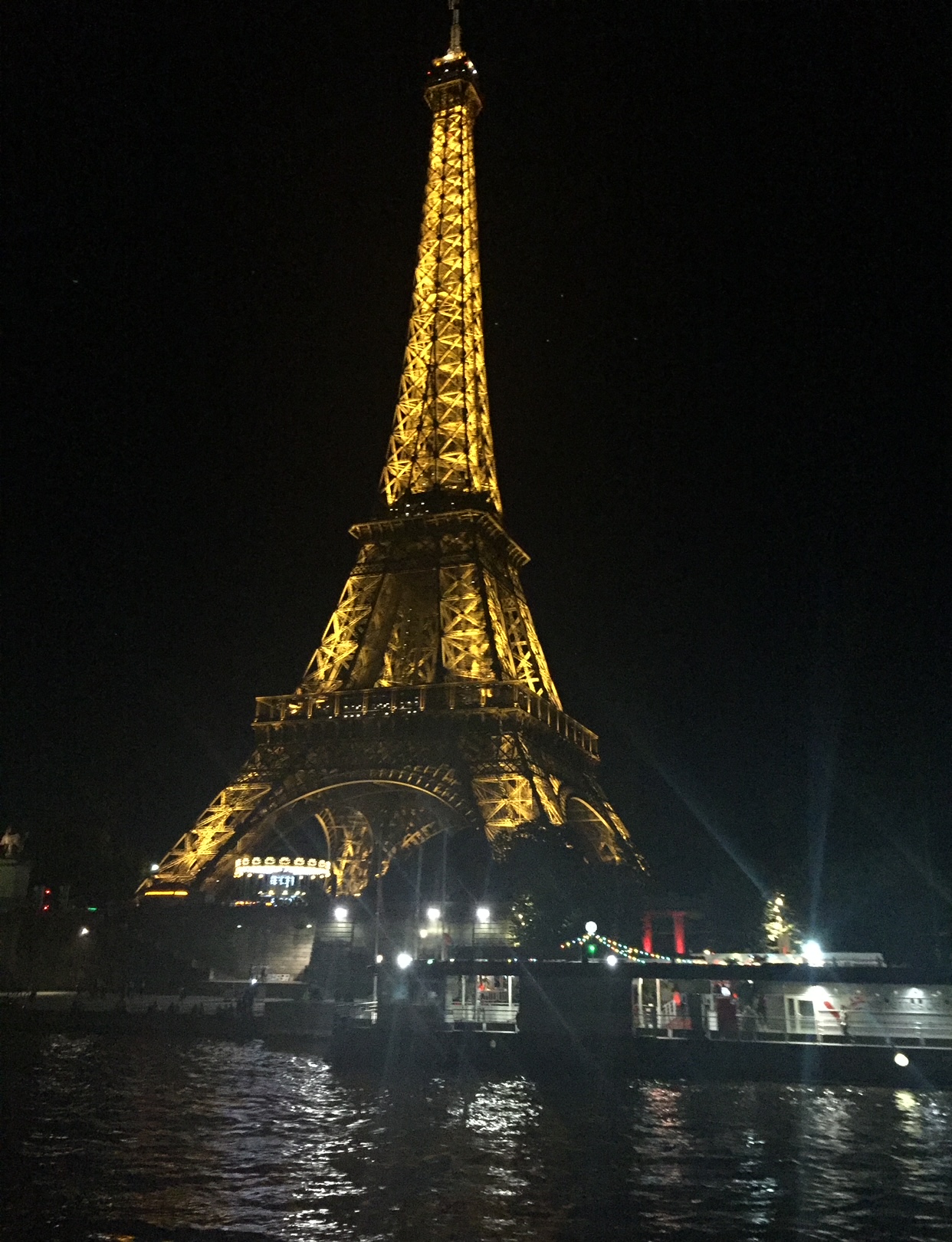