The website is under construction. We apologize for any inconvenience.
Home / Books/ Fiction/ Quattro Piccole Ostriche
BooksFiction 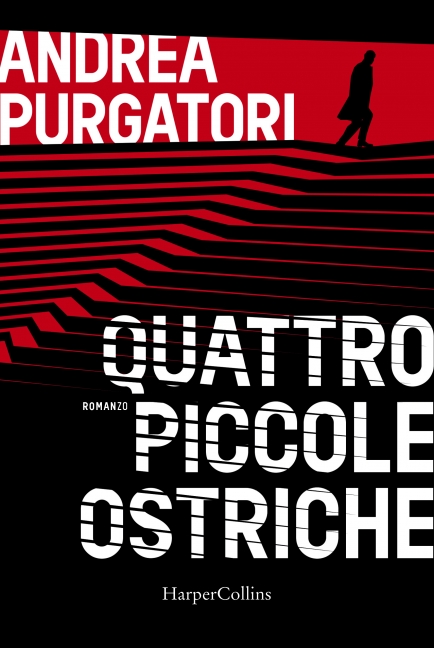 A great book, reminiscent of the best international spy thrillers, from Ken Follett, to Richard Condon and John Le Carré.

A book where the perfect historical documentation and reconstruction goes hand in hand with an exciting plot, which keeps the reader in suspense from the first to the last page.

An unforgettable book, like the night of thirty years ago when the Berlin Wall fell and the story written by Andrea Purgatori begins.

A letter from the past. A murder with no reasons. A thirty-years-long mystery can change the balance of the world.

Swiss Alps, today. A man named Wilhelm Lang receives an unexpected letter in the luxury hotel where he lives. That letter leads to a past that he thought buried, when his name was Markus Graf. The sender is Greta, his former colleague when he was a spy, and his old lover.

Meanwhile, in Tiergarten Park in Berlin, a Russian diplomatic is shot to dead. Nina Barbaro, Kriminalhauptkommissar of Italian origins, starts to investigate. She does not believe that behind the crime there is ISIS, despite the pressure to quickly close the case.

Answers are hidden in the past, in Berlin, during the days of the fall of the wall.

Here we find Markus, Nina and Greta, an ambitious KGB agent destined to an important future and a psychologist expert in hypnosis in charge of managing a secret project to form invincible secret agents: the Walrus project, like the evil walrus of John Lennon’s song and the black tale of Alice in Wonderland.…

ANDREA PURGATORI A professional journalist since 1974, he got the Master of Science in Journalism from  Columbia University in New York in 1980. Corriere della Sera reporter since 1976, he is famous for investigations and exposés on burning cases of international and Italian terrorism. He has studied mafia crimes and has produced reports on many Iinternational conflicts. He writes for Vanity Fair and Le Monde diplomatique.  He also works for the TV.