The website is under construction. We apologize for any inconvenience.
Home / Insights/ The Divine Comedy’s Arabic translations
Insights 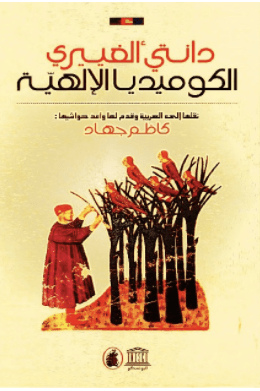 The story of the Divine Comedy’s Arabic translation begins in 1911, when the Triestine merchant of Jewish origin Marco Besso (d. 1920) commissioned the beginning of Canto XI of Purgatory to complete his collection of this passage in all languages. Shortly afterwards, in 1919, the Spanish orientalist Miguel Asín Palacios published a capital study entitled “La eschatología musulmana en la Divina Comedia”, in which he suggested the Arab-Spanish origins of Dante’s great work. This hypothesis fascinated some Arabic intellectuals who promoted the renewal of Arab culture, often Christians like the Syrian Qustaki al-Himsi (d. 1941), and marked the beginning of Dante’s studies in the Arab world.

The first translation of the Comedy, in simple prose, appeared in Tripoli between 1930 and 1933 by an employee of the Italian government in Libya, the Maronite Christian ‘Abbud Abu Rachid (d. 1955). Another partial attempt, which concerned only the Canto of Hell, was made a few years later (1938) by Amin Abu Sha’r, another Christian Arab from Jerusalem.
The first complete and valuable translation was published in Cairo between 1959 and 1969 under the title Al-Kumidya al-ilahiyya. The author, the Egyptian Hasan ‘Uthman (d. 1973), had perfected his Italian language skills first at the Faculty of Languages in Cairo, then in Perugia, and finally in Rome, at the Sapienza University, where he studied under two pioneers of Italian Orientalism, Carlo Alfonso Nallino and Ettore Rossi. The three volumes of his translation, faithful to the original and drafted in a beautiful prose attentive to the sound and above all to the rhythm of the words as the Arabic literary tradition requires, contain a conspicuous apparatus of introductions, analytical summaries, annotations, and appendices dedicated to the environment in which Dante lived and to the many characters that the Poet met during his Journey.
All the Arabic translations of the Comedy collide with the difficulty of making Dante’s theological positions acceptable to readers of the Muslim faith. This is particularly evident in the excellent version of Hasan ‘Uthman, a Muslim who addresses Muslims, who continually highlights the parallels between Dante’s work and Islamic theological texts, omits the name of Saladin in Limbo (Inf. IV) and skips altogether a passage from Hell (Inf. XXVIII) where the Prophet of Islam and his cousin and son-in-law ‘Ali ibn Abi Talib are among the damned. In the annotation, the translator observes: “I have eliminated from this passage, judging them inappropriate to translate, the verses in which Dante makes a huge mistake influenced by the common opinion of his time”.

The latest complete translation of the Comedy appeared in the new millennium, by the French poet and academic of Iraqi origin Kadhim Jihad Hassan (b. 1955). This version (Al-Kumidya al-ilahiyya, Arab Institute for Research and Publishing / Éditions UNESCO, 2003) maintains the entire Canto of Hell but on the other hand he replaces the name of the Prophet with dots and the name of ‘Ali as “my uncle’s son”, “my cousin”.
This last translation can be downloaded here. The passage on Muhammad and ‘Ali on page 368.