The Italian Book in Ukraine

The interest of Ukrainian intellectuals in Italian literature began to manifest itself during the  Renaissance and Baroque eras, when Italian authors were read either in the original or in Polish translations, as seen from the extensive quotations of Italian texts in the works of the Ukrainian writers of the time.

The first translations into the Ukrainian literary language date back to the 18th century: a verse version of one of Boccaccio‘s novellas and a version of some fragments of Torquato Tasso‘s Jerusalem Delivered.

Real translations of texts of Italian literature only appeared between the end of the 19th and the beginning of the 20th century, when the new literature written in modern Ukrainian was established and consolidated. In this period, translations of the poems by Dante, Petrarch, Michelangelo, Leopardi, Carducci, Ada Negri, Foscolo etc. were first published. Among the translators of the time, we can mention important names such Ivan Franko, Lesja Ukrajinka, Pavlo Hrabovskyj, Vasyl Shchurat, Petro Karmanskyj.

In the interwar period, appear translations of authors such as Goldoni, Verga, De Amicis and Giovagnol. The first translation, albeit incomplete, of Boccaccio‘s Decameron also came out.

After World War II, the number of Italian authors translated into Ukrainian increased considerably. These include editions of works by Manzoni, Leopardi, Tomasi di Lampedusa, Pratolini, Palazzeschi, Moravia and Calvino, among others. In 1976, the first complete translation of the Divine Comedy was published by Jevhen Drobiazko (Purgatory and Paradise had come out as separate editions in 1968 and 1972 respectively). Worthy of special mention is the first complete translation of the Decameron by the brilliant translator Mykola Lukash, which is not only a faithful and fitting version of Boccaccio‘s masterpiece, but is also an outstanding example of the extraordinary richness and precision of the use of the Ukrainian language. In the 1980s, a book of Ukrainian translations from Petrarch‘s Canzoniere was published in Munich by Ihor Kachurovskyj, a poet from the Ukrainian diaspora.

A fundamental role in the popularisation of Italian literature in Ukraine was played by the foreign literature magazine Vsesvit (Universe), which published translations of the greatest Italian poets, both classical and contemporary, including Dante, Petrarch, Marino, Grazia Deledda, Pavese, Ungaretti, Montale, Quasimodo, Saba and many others. In the 1960s-70s-80s, the magazine also published translations of novels by Nievo, Vittorini, Sciascia, Malaparte, Tomasi di Lampedusa, Moravia, Calvino, novellas by Pavese, Buzzati, Malerba, Soldati, Bevilacqua, and others. Among the translators from Italian of that time, in addition to the ones mentioned above, we find Hryhorij Kochur, Jurij Pedan, Anatol Perepadia, Viktor Shovkun, Petro Sokolovskyj, Iryna Steshenko, Oleksandr Mokrovolskyj, Ivan Dziub, Ivan Trush, Dmytro Pavlychko – some of whom continued their work even after the year 2000.

When Ukraine became independent, the state of translations of Italian literature changed radically. On the one hand, all the restrictions set by ideological censorship disappeared, and relations between Italy and Ukraine intensified substantially. On the other hand, the collapse of the economy and the extremely low buying power of Ukrainians in the 1990s caused a crisis in Ukrainian publishing, which had previously been supported by the state. However, translations from Italian were also published in that period, in volumes (Machiavelli, Pirandello, Rodari, Pavese) and on the magazine Vsesvit, which, among other things, published the translation of Umberto Eco‘s Foucault’s Pendulum by Mariana Prokopovych, a true success in those years. In the following decades, Vsesvit continued to publish various translations from Italian, including San Silvano by Giuseppe Dessí, translated by Oleksandra Rekut-Liberatore, and That Awful Mess on the Via Merulana by Carlo Emilio Gadda, translated by Hennadij Fedorov. In addition, many translations of Italian poetry are included in various collections and anthologies.

From the early 2000s, with the recovery of the Ukrainian economy, publishing began to reawaken, albeit slowly. A very important role was played by the Italian Cultural Institute in Kyiv, at the time directed by Nicola Franco Balloni, which actively supported the publication of translations of Italian literature. This Institute, together with the Institute of Literature of the Ukrainian Academy of Sciences and the Folio publishing house, inaugurated the series ‘Library of Italian Literature‘, which included some of the most important Italian classics, such as Dante‘s Divine Comedy and Vita Nova, Petrarch‘s Canzoniere, Boccaccio‘s Decameron, Manzoni‘s The Betrothed, Machiavelli‘s The Prince, d’Annunzio‘s Pleasure, Svevo‘s Zeno’s Conscience, Calvino‘s Our Ancestors, Tomasi di Lampedusa‘s The Leopard, comedies by Goldoni, works by Pirandello and Grazia Deledda, novels by Pavese, etc.

As to children’s books, Carlo Collodi and Gianni Rodari, whose books are republished again and again, in new translations. In recent years, are unrivalled. However, other Italian authors for young readers have been published, including Angela Nanetti, Pierdomenico Baccalario, Michele d’Ignazio, and Silvana De Mari.

Finally, a special mention goes to the publication, between 2013 and 2015, of a new full translation of Dante‘s Divine Comedy  by Maksym Strikha, for Astrolabia publishing. 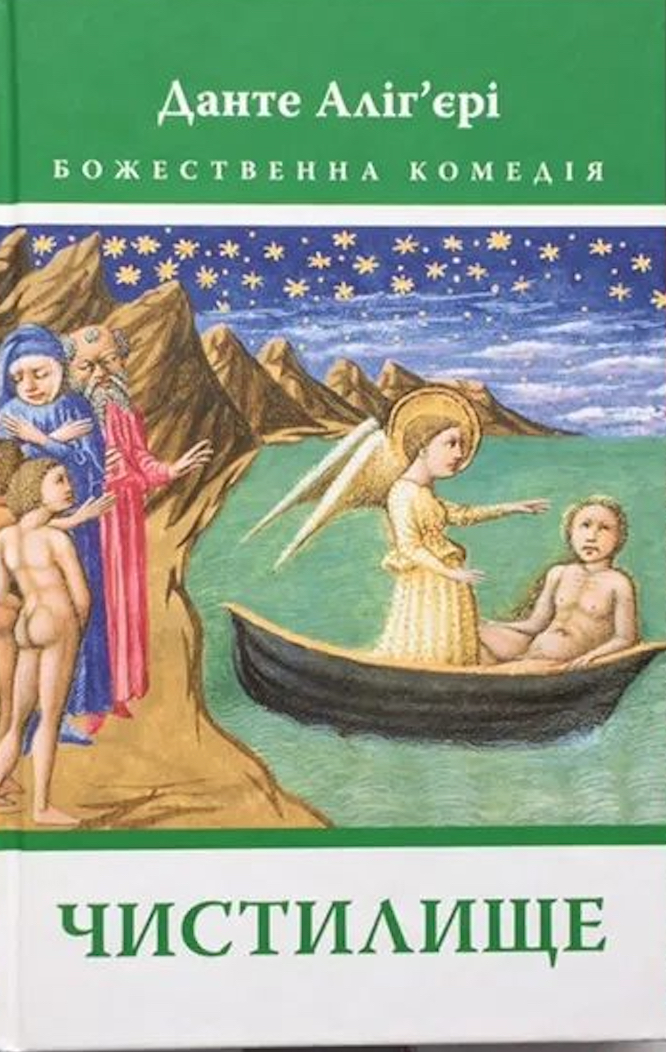