To Sally Rooney, All Our Yesterdays by Natalia Ginzburg is a perfect novel

Rarely have our writers found as passionate and compelling a fan as Natalian Ginzburg – with her novel All Our Yesterdays (Tutti i nostri ieri, first Italian edition Einaudi 1952), recently published in the UK in Angus Davidson’s translation (1985). The exceptional champion is Iris writer Sally Rooney, author of Conversations with Friends (2017), Normal People (2018), and Beautiful World, Where Are You (2021).

For Rooney, Natalia Ginzburg’s novel is a perfect novel, a pivotal work in her evolution as a writer. Rooney recalls the feeling of astonishment she felt on discovering a book that was as if it had been born ‘inside her own mind or heart’. How could it have happened, she wonders, that those who knew her had not recommended it to her. The words of the novel ‘seemed to express something completely true about my experience of life, and about life itself’. She defines her encounter with this exceptional work ‘transformative’, ‘an exceedingly rare experience because it r a moment of contact with what seems to be the essence of human existence’. This sparked her her enthusiasm towards inviting other readers, who are undoubtedly there, waiting– whether they know it or not – to welcome the richness of this remarkable book.

It may be fair to say that credit for this renewed interest in Ginzburg’s work should go first and foremost to the decision taken by Daunt book publishing to republish her best-known works: in 2018 The Little Virtues – from which Rooney draws his exergue for his novel Beautiful World, Where Are You? – and Family Lexicon, and, in 2019, Voices in the Evening. Laura Feigel wrote in the Guardian,

Here is someone who shares the experiences of daily life but also brings a fully formed moral and intellectual compass that allows you to see these experiences more objectively. From the smallest components of domestic life, she builds a world with the ethical complexity of the great 19th-century novels.

In her article on All Our Yesterdays, also published in the Guardian, Rooney focuses on the work, describing the plot in detail, drawing emphasis on  ‘the depth and truth of each character, a peculiarity from which derives the novel’s enormous, emotional power.”

Central to the narrative, according to Rooney, is the question of the distinction between good and evil, between what is right and what is not. The question is approached from a practical point of view and from a human point of view. How do we know what is right? And secondly, how do we live with this awareness? As readers, Rooney continues, we are struck by the ‘unforgettable moral beauty’  with which these people, who are certainly not endowed at birth with any ‘special moral qualities’, respond to the chaos and violence and the overwhelming pressures unleashed around them. One of the protagonists, Cenzo Rena, explains it this way: ‘No one found himself with courage ready-made; you had to acquire courage little by little, it was a long story and it went on almost all your life’. Ginzburg shows us, according to Rooney, ‘the possibility of this courage, she bears witness to the possibility, and reading her work we know and believe also‘.

It is a book that does not turn its gaze from evil. ‘As readers, we understand and love the novel’s characters in all their humanity – and for a moment or two, their courage seems to illuminate, in a flash of radiance, the meaning of human life’. And yet, the Irish writer warns us, in the finale of the novel set in the post-war years, Ginzburg wants to show the difficult task that awaits survivors. This is what happens to one of the characters, who under fascism and during the war published an underground newspaper, and now, tasked with the job of publishing a newspaper every day, suffers from having to adapt to the new conditions in which he finds himself, ashamed of the despicable words he is forced to write: ‘But it was incredible how fear and danger never produced ignoble words but always true ones, words that were torn from your very heart’.  It’s almost like hearing the very voice Natalia Ginzburg, envisioned by Rooney engrossed in her work, without any fear or danger, trying to grasp the meaning of what remains.

Rooney does not embark on an analysis of the title and its meaningful and illuminating relationship to the subject matter of the novel. The quotation from Macbeth’s monologue, its inexorable rippling through the development of the plot and the consequent interpretation it gives to events, behaviours, and fates, seem to leave her untouched, or is taken for granted or inadequate to express her wonder and astonishment. ‘For me,’ Rooney concludes, ‘All Our Yesterdays is a perfect novel (…) Its stakes are as high as the most cataclysmic crisis of the 20th century, and as low as the marriage of one young woman, the fate of one family dog. As readers, we come to see and feel the inextricable relations between the inner and outer worlds of human beings. Ginzburg’s novels manage not only to accommodate, but to place into a meaningful relationship the intimate lives of fictional characters and the radical social and political changes unfolding around them. This accomplishment is made possible by Ginzburg’s extraordinary understanding of the human soul, by her brilliance as a prose stylist and above all by her incomparable moral clarity. All Our Yesterdays is among the great novels of its century, and Ginzburg among the great novelists. Speaking for myself, as a reader, as a writer and as a human being, her work has touched and transformed my life’. 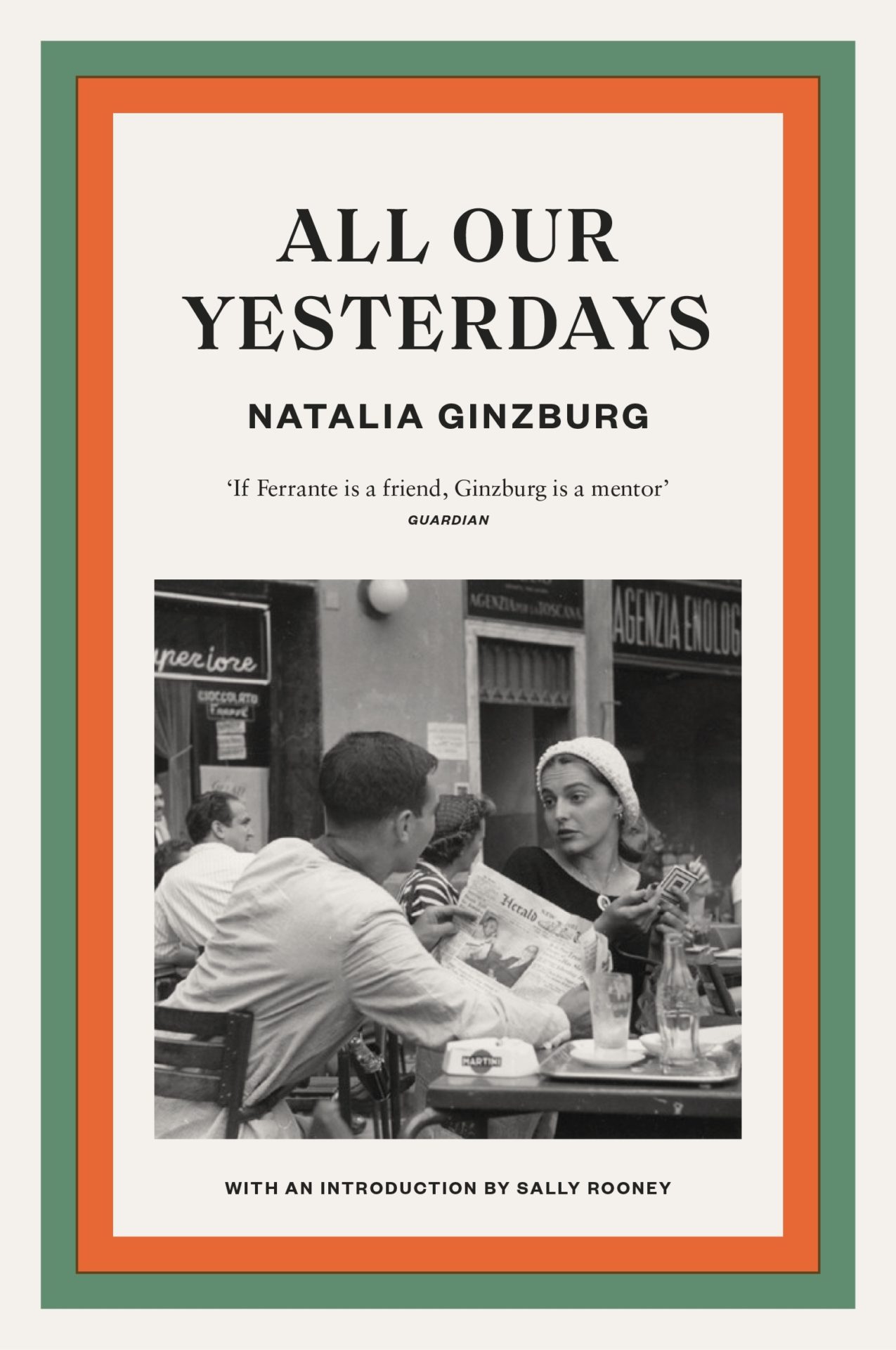