The website is under construction. We apologize for any inconvenience.
Home / Books/ Children/ BUONGIORNO WUHAN
BooksChildren 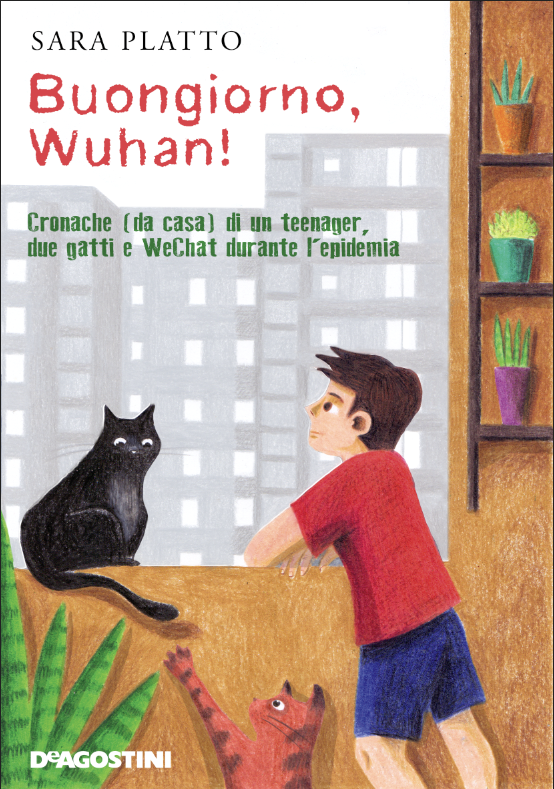 Chronicles (from home) of a teenager, two cats and Wechat during the Covid-19 epidemic

The diary of a teenager in quarantine from the place where it all began teaches us the courage ,the responsibility and the solidarity to look to the future with optimism. 22 January 2020: Matteo waits impatiently the next day to celebrate with friends. It’s his 12th birthday, and he’s set up a game of Dungeons & Dragons, his favorite role-playing game. But in the night a frightening announcement is made: the city of Wuhan, in the Chinese province of Hubei, and all its inhabitants, will be closed in their homes and separated from the outside world, because of the unknown virus that has been threatening the country for weeks. It is the largest quarantine measure in human history with 60 million people isolated. Sara, Matteo’s mother, is just in time to run to buy a cake before they are stuck in the house, along with Gingy and Deawy, their two cats. That night, Matthew will make the first of many video calls to friends on Wechat. Thus begins for them an unprecedented experience, which will last 76 days and that Sara will often tell the Italian press and televisions. Sara and Matteo could leave the host country, but they don’t panic and decide to face the situation. Life in the compound, one of the clusters of gigantic residential buildings that form the city, comes alive soon with small gestures of kindness among strangers, networks of friends, teachers, neighbors who share warmth and mutual help, daily commitment, but also of long wish-lists on Taobao – the largest online shop in China – waiting for the happy ending. Until, at midnight on April 7th, the lockdown will break, like a spell, and the lights will return to illuminate the city and the river.It is the story of those who, while everywhere panic was rampant, chose to stay and do their part, an example of courage and civic sense; a book to learn kindness to others and solidarity to those who are foreign or unknown; a lesson of trust in the future. The title will be included in the school catalogue in Italy.

Sara Platto, originally from Brescia, has been living in China for 13 years, and in Wuhan for 8. She teaches Animal Behavior and Welfare at the Faculty of Biological Sciences of Jianghan University (Wuhan) and scientific advisor to the China Biodiversity Conservation and Green Development Foundation (CBCGDF). She was, along with her son Matteo, one of the few Italians to choose to stay in China the day after the lockdown