Crossroads was born from a series of meetings between international scholars (‘Intersezioni/Intersections’ 2016-2017) and proposes an intermediary reflection on border crossing. Just as the mathematical experience of intersections, transits, crossings and encounters reveals multifold ways of being in the world which are produced by globalization, here the crossing of borders, a lawful ‘trapassar del segno’, becomes a symbol of the changing and uncertain condition of the contemporary individual, who lives daily in a transnational dimension. The condition of global citizenship implies living within multidimensional realities, coping with the complexity of new epistemes, navigating and innovatively elaborating the simultaneity of the present, organizing various levels of knowledge in ways that continuously define and modify us, as individuals and as a community. That novel understanding is expressed in the many intersections between the arts and various forms of knowledge. In order to comprehend our present world, the contemporary individual must observe and perceive it as a compression of simultaneity, of co-presences through which encounters, crossings, confluences are generated. The world of the arts continually finds stimulation and actively participates within this condition through the production of original creative expression. This volume, like the successful series of conferences sponsored by Georgetown University, The College of New Jersey and Kent State University, is a meeting place where scholars from various continents come together to explore and study these cross-contaminations, to observe how they are generated in art forms such as literature, cinema, and the figurative arts, along with music, photography and architecture. The volume also establishes a crossroads of textual and conceptual relations in the diachronic vision of time, in intersectional space, in history, philosophy and science. Thus, it offers not only an intertextual but an intermedial approach to a literary, cinematic, artistic, and musical reality whose complexity will not escape scholars and discerning readers of the twenty-first century.

Francesco Ciabattoni is Full Professor and the Term Professor of Italian literature at Georgetown University.

Simona Wright is Full Professor of Italian Literature at The College of New Jersey, where she directs the Italian program. 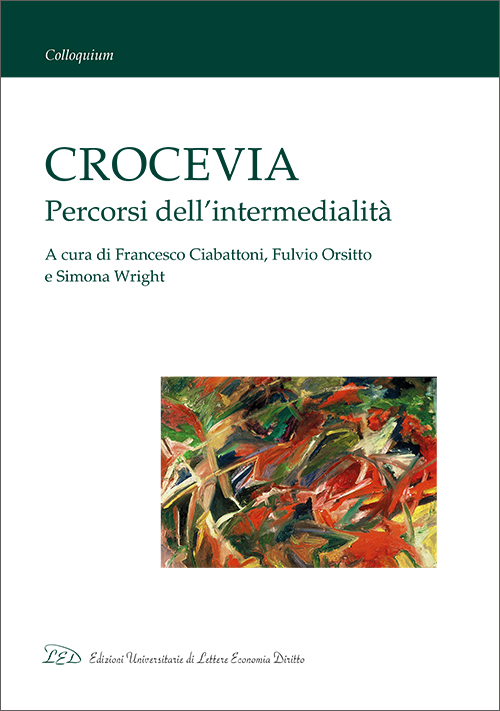