Interview with Alex Valente, Literary Translator from Italian into English

Alex Valente is a European currently living on Musqueam, Squamish and Tseleil-Waututh land, also known as Vancouver, BC. He is a literary translator from Italian into English, though he also dabbles with French and RPGs, and is co-editor of The Norwich Radical. His work has been published in NYT Magazine, The Massachusetts Review, The Short Story Project, PEN Transmissions and currently on EuroLitNet as The Italianist. He can be found over at alexvalente.fyi or on Twitter as @DrFumetts.

Alex, please tell us a little about yourself and how – and why – you decided to become a literary translator.

I was born in Prato, Italy, though my mother is from Yorkshire and I grew up speaking both Italian and English at home. I’m told I had a thick Yorkshire accent by the age of 4, which I only properly lost once I moved to the UK for university. My initial plan was to study English Literature, move back to Italy, and become a teacher – in my final undergraduate year, I almost accidentally veered into poetry translation, pursued an MA and a PhD and started meeting actual translators through that! And it was through these contacts that I landed my first actual translation work, all the way to a book contract.

As for the why, it was an organic shift from wanting to teach English literature in Italian to bringing Italian literature into English, though I only realise that now.

Did you train? What do you think is the best way for a translator to learn their craft?

The MA and PhD provided me with a lot of very useful tools and contacts, and I would count that as training of sorts. I have also attended workshops since, of which there are many all over the world. Honestly, I would recommend mentorships and workshops over a full academic path, especially over a PhD, and even more so given the costs involved compared to the funding available for both avenues.

The best training you can get, I think, is a structured setting which allows multiple voices to be heard: the way in which the language is used by the people who speak it, or write it, naturally and organically. Working closely and regularly with editors and translator colleagues in such a setting definitely really helps with developing your own writing and craft. It’s not enough to argue about commas, or theories of translation. You need to see the languages breathe.

You are fully bilingual. What made you choose to translate into English rather than Italian?

Initially because that’s what was offered to me! I have kept working with a number of UK editors and presses since my first full-length book, though I was also regularly translating Italian poetry into English for an online publication for a few years, and most of my contacts have come from that particular direction in the language pairing. Recently though, I have been dipping my toe back into the Italian publishing world, and might be on the right track to go even more fully bilingual, after my first attempts at poetry translation for my own use and pleasure through the years.

In both cases, finding editors and copyeditors and readers who will help out with getting the ear to attune to either language has been fundamental – as I was also saying above – and I cannot stress how important it is to have those relationships whether you are hoping to publish or not.

Do you naturally use one language rather than the other to express certain emotions or feeling?

This is an easy one: swearing comes to me much more naturally in Italian, and I think it has something to do with the colourful Tuscan blasphemy I grew up with (don’t tell my family). Sometimes I find it easier to talk about feelings and more complex narratives in English rather than Italian, but it really does depend on the context of the conversation and who I’m talking to. Give me a week or so of exposure to the right language, and the wheels will start turning again.

Since you’ve been translating, have you noticed any changes in the translation industry and in particular in the ways translators are viewed?

The biggest change, in the anglophone world at least, has been the recognition given to translators as co-authors of the translated text. This was something that Italy had always done, in a way, as I know and remember names like Fernanda Pivano, Yasmina Mélaouah, Ilide Carmignani, Chiara Reali without having to dig for them. The counter-effect of this emerging visibility, as André Naffis-Sahely most recently pointed out – but part of a long thread of what mostly racialised writers and translators have been saying for years – has meant that many times the author of the original has been pushed into the background, rather than being lifted in the process. There is a pattern, for sure, for anyone who cares enough to look.

Unions have also been growing in importance and effect on the trade. I am a member of both the Translators’ Association (UK) and STRADE (Italy), which provide contract vetting, a network of colleagues who have been through the same hoops, guidelines for finance and funding, and who strive to make the labour we put into our craft a recognised, protected, and sustainable practice. Hopefully, moving forward, we can also free ourselves of the pitfalls of tradition and stagnation, and expand that practice to become more collective and less exclusive.

What is the most rewarding part of your work – and the most challenging?

Like many of my colleagues and friends, I have my share of horror stories about unresponsive authors, overzealous copyeditors, rude publishers, and the joys overall of what we aptly call the publishing industry. Name recognition does not usually translate into adequate pay, and even a good advance might come with a terrible contract in terms of rights. That, and the whims of publishing trends means that more often than not a good book will be overlooked because it’s not right for the period we’re in – which is almost always never true.

The reward, personally, isn’t even the publication but the connections formed within the literary spheres I work in, finding out early what is to come in the book world, enjoying the marvels of other translators’ brains when they work their craft, and helping expose readers to not just the books I work with, but good books (even good bad books) overall!

Which three books would you like to translate above all others?

There will always be a soft spot in my heart for the one I almost published at the start of my career, but never managed to obtain the foreign rights for: Stefano Benni’s Blues in Sedici. A narrative sequence of poems about cities, the people living in them, and the horrors of the everyday.

I am also very much looking forward to Espérance Hakuzwimana’s debut this year and will do anything I can to promote it if not translate it myself; as for English into Italian, I think I might have already found my dream project, as I was mentioning above. But we’ll see when my Italian is ready for such an undertaking. 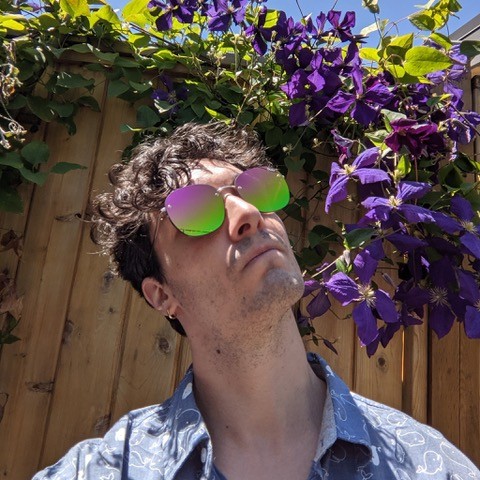