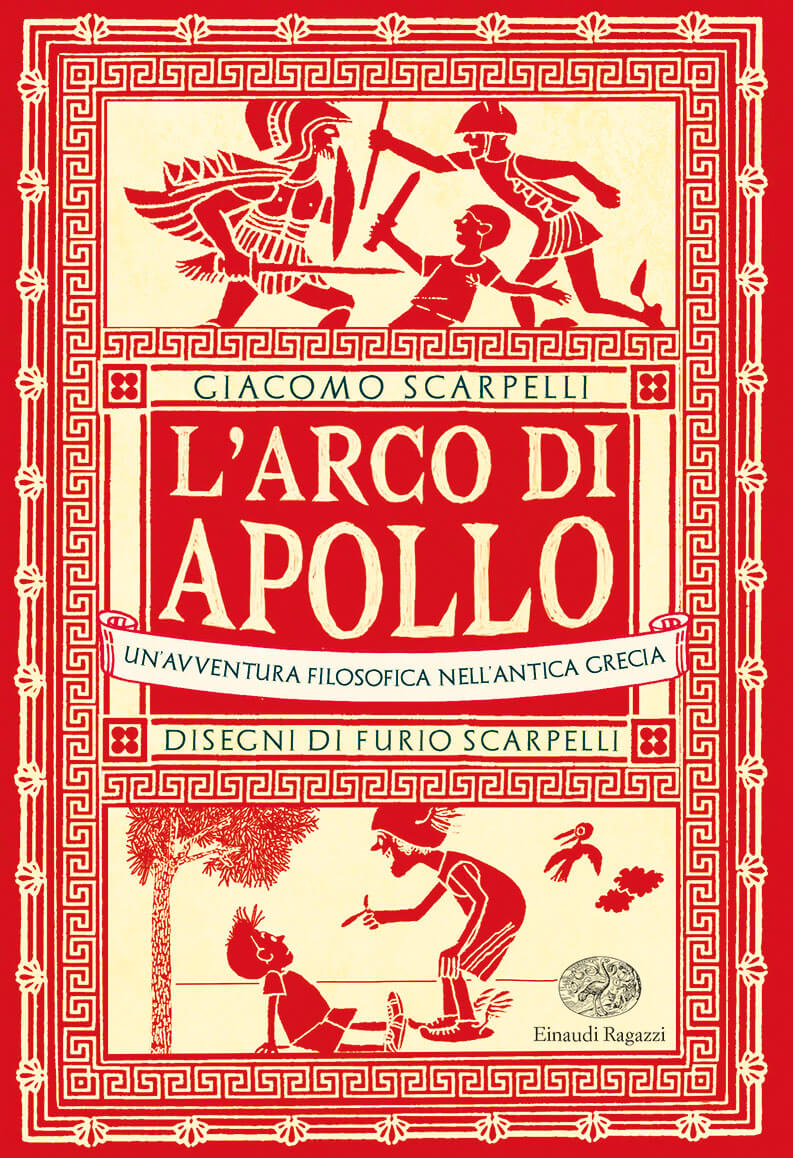 An exiting and breath-taking adventure in the ancient Greece at the discovery of the first philosophers.

Giannetto is a teenager angry at the world. The death of his grandfather filled his head with a thousand questions about the meaning of life, and nobody can give him convincing answers. One day, the unimaginable happens: Giannetto receives the visit of a strange guy who wears winged shoes and an helmet. He is Mercury, a young god, swift and impulsive: the ideal companion for getting into trouble. In fact, the god involves Giannetto in an adventure in other places and in other eras, in search of the sacred Arch of Apollo, mysteriously disappeared. Between unexpected help and lurking threats, the investigation will lead them to confront the first Greek philosophers, with the powers of the Sibyl, with dark mythological figures who plot in the Kingdom of Shadows, in which Giannetto will have to go. Will he be able to find the sacred bow, return home and, above all, to answer the questions that torment him? A precious story, born from the collaboration between the writer, screenwriter and university professor of philosophy Giacomo Scarpelli, and his father, the famous screenwriter Furio Scarpelli who died in 2010, whose first profession was that of designer. In fact, his are the illustrations in this volume.

Giacomo Scarpelli film screenwriter, historian of philosophy and author for children. With his father Furio, he wrote a novel that won the ’ Cassa di Risparmio di Cento’ prize.

Furio Scarpelli was the most famous Italian screenwriter, author of masterpieces that earned him countless prizes. His first profession, however, was that of illustrator.