The website is under construction. We apologize for any inconvenience.
Home / Books/ Fiction/ LE CINQUE ISOLE
BooksFiction 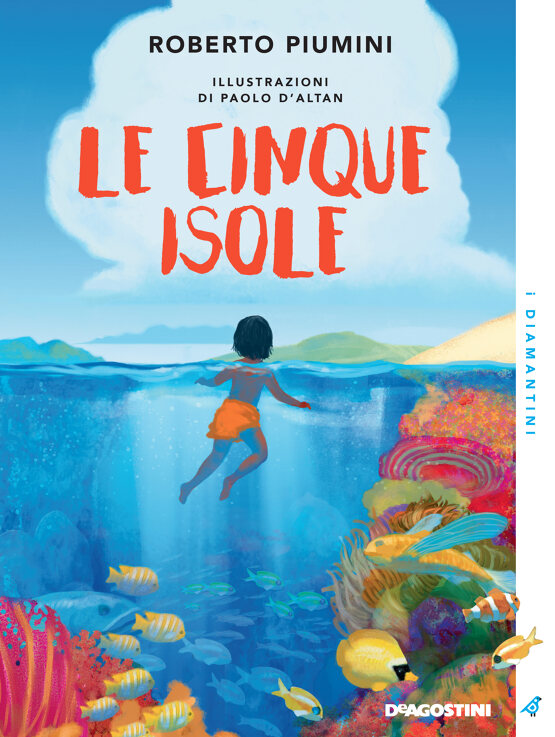 A poetic story resembling a fairy tale, an enchanting writing, and immortal archetypes for a timeless plot, which is also very actual and written by one of the most famous Italian’s writers.

A poetic story resembling a fairy tale, an enchanting writing, and immortal archetypes for a timeless sweet-sour plot, which is also very actual and written by one of the most famous and brilliant Italian kids’ writers.

In a corner of paradise, in the middle of the ocean, there are five little islands, where people live in peace. The Madas and the Temés have allways lived together in perfect harmony: The former are farmers, grow wheat and make bread; the latter are fishermen and sail on the trasparent waters from which they get their food. This mechanism is virtuous: Nobody feels better than the other and the mutual exchange of bread and fish is like an ancient ritual with a deep meaning of complementary civilization. Sai is a ten-year old Mada kid, who feels at ease among the golden spikes, like everyone in his tribe. But on a sad day Bem, the Temés’ leader, plants a banner in the Mada’s territory. Maybe he incautiously ate the black fish, which make people lose their mind, anyway he suddenly wants to conquer everything. He wants to own all the islands and that everybody becomes his slave. The war seems inevitable. To avoid it, Sai will have to face and win all his fears: The old wise Samas will reveal him a magical secret, hidden in the blue deeps, which can bring back the reason.

Born in 1947 , Roberto Piumini is one of the most famous Italian childrens’ writers, also popular abroad. He won a lot of literary prizes.He’s a teacher, a TV and theatre author,translator of classical texts,  he wrote about one-hundred fairy tales, tales, novels, nursery rhymes and poems. All his book have been very successful also in Spain, Portugal, Serbia, Albania, Germany, France, Greece, Holland, Japan, Korea, China, Great Britain, South America and in the US.