The website is under construction. We apologize for any inconvenience.
Home / Books/ Fiction/ Le creature (The Children)
BooksFiction 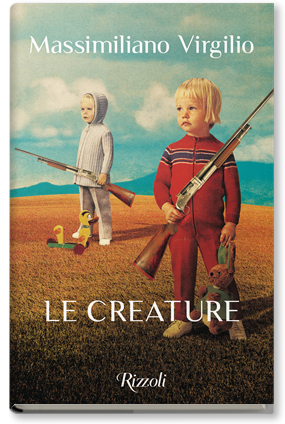 Massimiliano Virgilio returns to tell about his city, Naples, in a powerful must-read novel for anyone interested in Italian new literary voices.

A woman counting a wad of banknotes, a chained Doberman behind her. While she’s counting, Han, a fourteen-year-old Chinese boy has to say goodbye to his mother who might, one day, come back to get him. From that day onwards, he will be awakened by the sound of airplanes taking off over the skies of Capodichino. Out on the road he’s with Gucci, the Dobermann, Dimitri, the Ukrainian, and Ismail, the African. They teach him how to steal Messi T-shirts at the market so they can look more groomed and pick up some money for dinner. The three of them are nobody’s children, living in a shelter for the children of illegal immigrants. These kids are outsiders, they’re invisible, calling themselves “fantasmini” (little ghosts). They are like trees without roots that crave and need soil, and are willing to do whatever it takes to get it. When Manuel, a Neapolitan hoodlum who’s into dog-fighting, gets out of jail and goes back to the shelter owned by his mother, Han’s desire to belong somewhere is awakened, becoming increasingly ferocious. And if belonging to a gang means at least belonging to something, to anything, the price to pay doesn’t seem so high.

“In Massimiliano Virgilio’s novels, passion and violence collide, with the intimate desire to find one’s own place in a world that we ourselves have not chosen” – Il Mattino

“Virgilio brings humanity back to Naples, and manages to wipe away the mark that was left on it by  Gomorra.” – Il Fatto Quotidiano

“Massimiliano Virgilio has enlightened the dark by giving life to ghosts and showing that beyond hell there is no damnation, but life. This is actually what his novel is about, and you can’t miss it.” – Roberto Saviano, l’Espresso

“[Le creature] is a hard book about forgotten people, about crooked things that ’you must keep just as they are and prevent from breaking’. A book about strong bonds that can save us.” ─ Marta Cervino, Marie Claire

“Massimiliano Virgilio demonstrates how a writer should actually be an explorer of reality, how social unease shifting to degradation must be revealed and told in order to be understood and faced. So Virgilio has written  an upsetting story that spares nothing, nobody, that grabs you and slowly squeezes your throat, preventing you from breathing, but not from seeing ─ Pier Luigi Razzano, la Repubblica