The website is under construction. We apologize for any inconvenience.
Home / Books/ Fiction/ L’Uragano nero (Black Hurricane)
BooksFiction 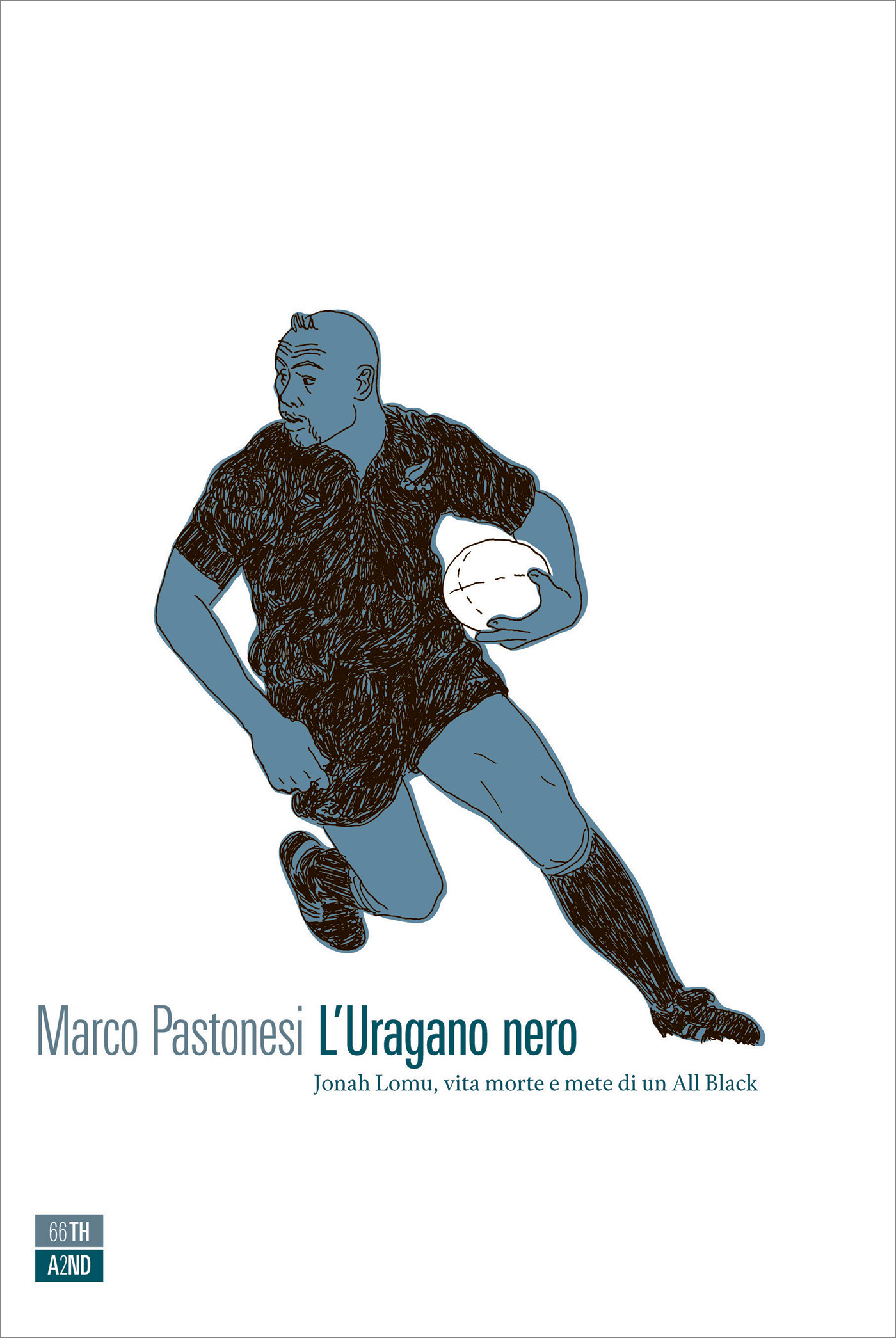 «Marco Pastonesi has rugby, cycling and writing in his DNA, a curious suiveur, one that has always been on the side of the last.» – la Repubblica

Jonah Lomu, the «Black Hurricane»: death, life and goals of a rugby giant.

Jonah Lomu appears among the All Blacks in the World Cup of 1995: according to height, muscle and technique, almost a contradiction in that role, wing, sprinter. Lomu is a thunder, a fury, irresistible in the sprints, in impacts. A lightning quick giant, a giant lightning.
From that day, from those four tries in the semi-final in which New Zealand in the semi-final in which New Zealand overthrows the throne of England, for the world of rugby it’s time to turn the page and open a new chapter: from amateurism to professionalism, a sport still lived like gentlemen but played, at the highest levels, by supermen. Right at his best moment though begins Lomu’s ordeal: illness, the return, the transplant, the retirement, until his death, announced yet unexpected. But Lomu, from street kid to stadium champion, from Ovalia ambassador to the video game phenomenon, leaves endless legacies. Everywhere.

Marco Pastonesi (Genoa, 1954) is a former rugby player who played in Serie A and B. He worked for 24 years for «La Gazzetta dello Sport». With 66thand2nd he also published Pantani era un dio (Pantani was a god, 2014) and Coppi ultimo (The last Coppi, 2019).