Published with the support of the Italian Red Cross, Mediterraneo is the story of a dry Mediterranean Sea, as seen through the eyes of a girl, during her journey to Europe across the dry seabed. The graphic novel is wordless: Only pictures to tell the story. “There are no words” to describe a sea that has pulled back its waters in shame, that very same sea in which, over 3000 migrants have drown while seeking to reach Europe, since the beginning of 2017. Mediterraneo describes Amalia’s journey across the dry seabed of the Mediterranean: what was once the cradle of so many cultures is now Europe’s biggest graveyard. The story told only by images leaves no space for interpretation and the reader finds himself in front of the only possible truth. The choice “not to write” and “not to say” what is clear is the way in which this story is told.

Sergio Nazzaro. Author and journalist, writer and producer of investigative reports. He published Castel Volturno, for Einaudi, a best seller and one of the most relevant pieces of investigative reporting published in Italy on African mafia. Luca Ferrara. Cartoonist, awarded the Siani prize for the Graphic Journalism section in 2010. He also published with Tunué and Glenat. 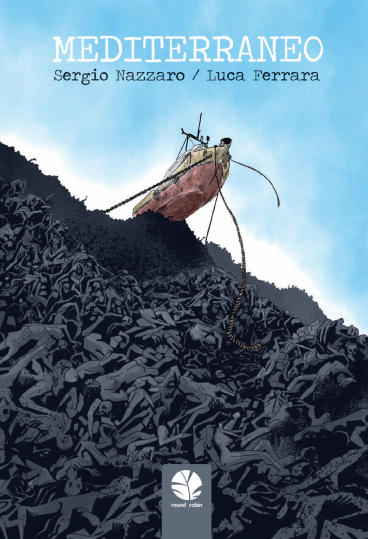