The website is under construction. We apologize for any inconvenience.
Home / Books/ Children/ Mio nonno era un ciliegio
BooksChildren 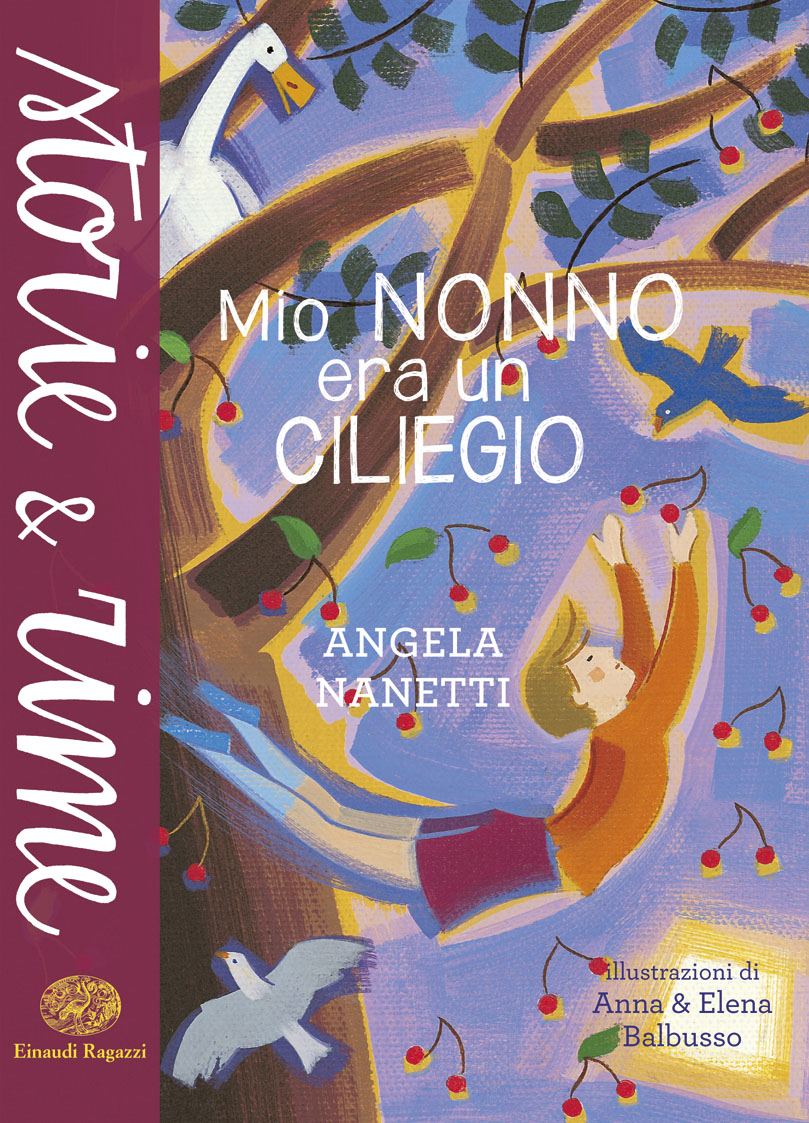 A special grandfather, a cherry tree for a friend; a story that will make you laugh and cry and that you will not forget.

This is how this book begins which talks about an extraordinary grandfather and a cherry tree, the goose Alfonsina and her husband Oreste, the grandmother Teodolinda and her soft ’things’; and a child, who does not forget the ’crazy’ grandfather who climbed the trees and who made him happy many times.

Angela Nanetti was born in Budrio, in the province of Bologna, but lives in Pescara, where she was a teacher in middle and high schools. She is one of the most important Italian writers for children, three times winner of the «Premio Andersen». For children and adolescents she has written more than thirty stories and novels, which received important prizes and awards, and have been translated into numerous languages.