Maddi, Gianluca and Susi discover that near the field where they often play and have picnics, is a small abandoned cemetery which looks a bit spooky. The three friends want to nose around, but an old lady from the town advises them to stay away: according to old legends, it’s haunted. Despite this, or precisely because of this, one dark autumn afternoon, they decide to confront their fear and explore the cemetery. Torches at the ready, they move around the tombs until, all of a sudden, they hear a superhuman scream coming from the back of a funeral chapel, followed by rustling, footsteps, and shrieking: is the place really haunted? And are the strange comings and goings of a van spotted during the night connected? The mystery deepens, so the kids decide to investigate.

Born in 1987, she lives near Varese. She creates, writes, and reads her stories to children. She has published many books and short story collections. She translates rhyming texts, manages reading courses for little ones, and organises creative courses and after-school activities for middle school kids with the association ‘La Piuma di Dumbo’, founded together with some friends. 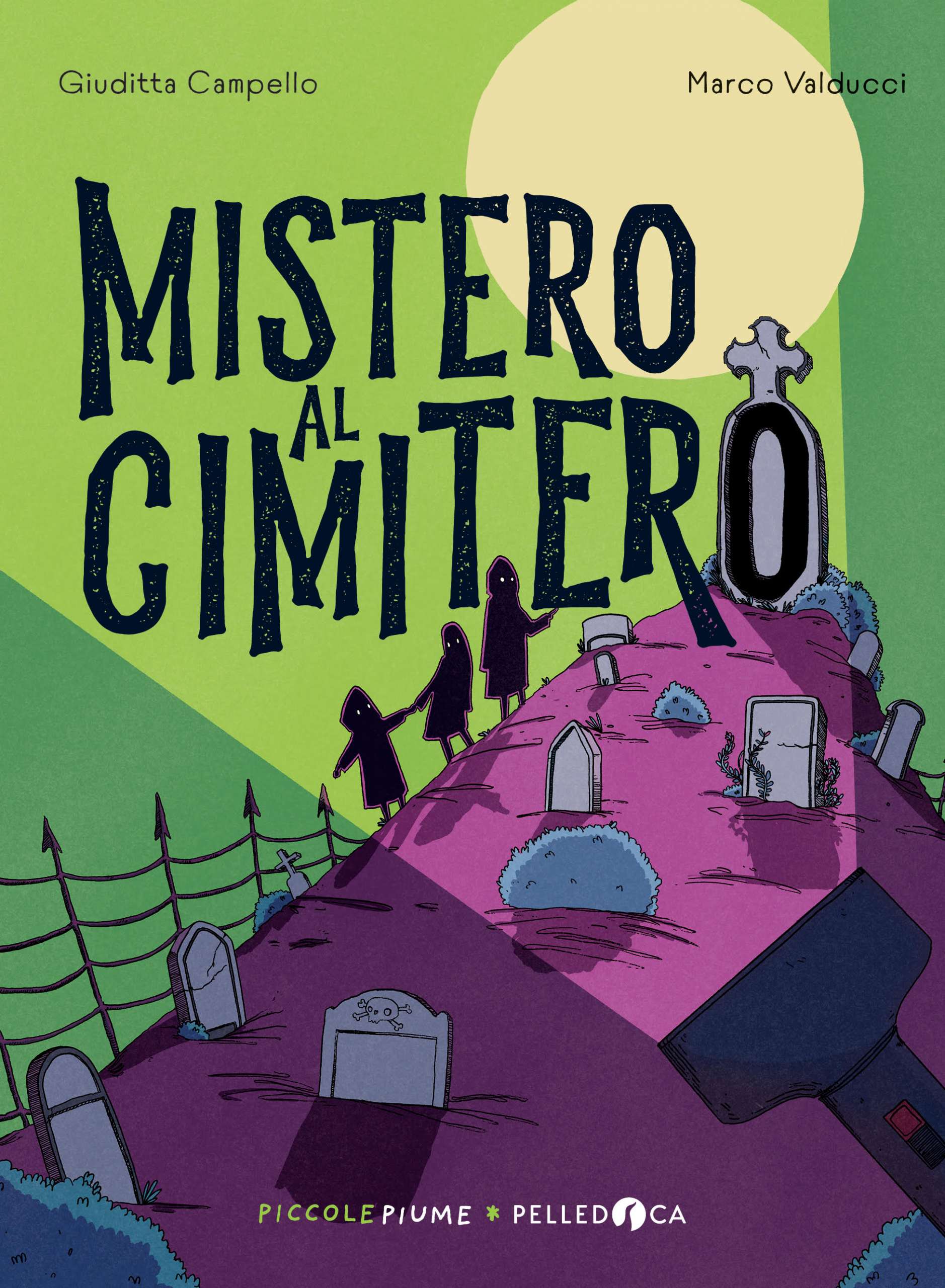