The website is under construction. We apologize for any inconvenience.
Home / Books/ Fiction/ Niente per lei
BooksFiction 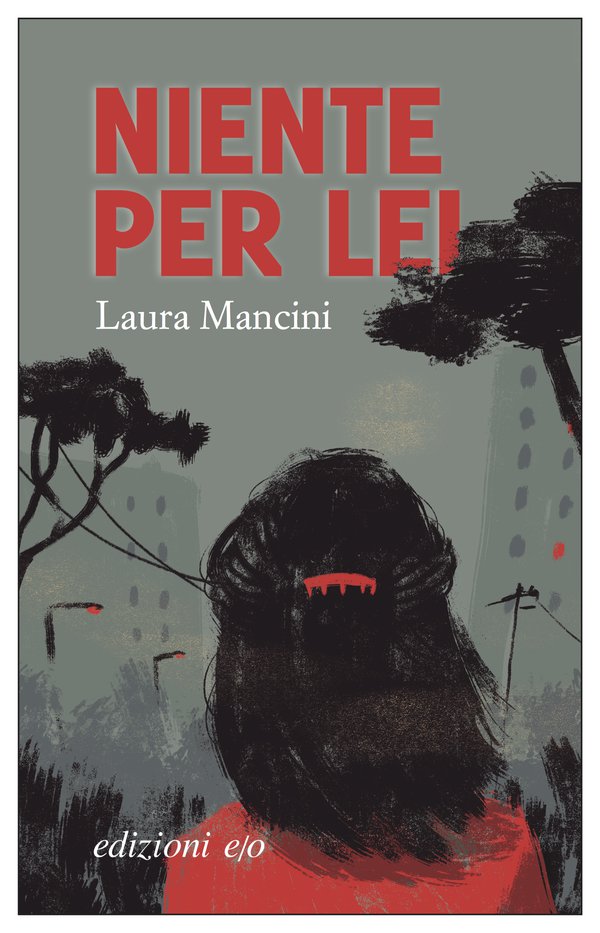 Tullia grows up hand in hand with Rome, a city in constant turbulent change – two great, resilient protagonists to this extraordinarily mature debut.

It’s 1943 – families are crowded and hungry. Tullia and her brothers are raised as slaves from their cold, violent, furiously unhappy mother. Every evening she counts the money they were able to raise from the streets, and if it’s not enough, she beats them. Their father is dead, their home was destroyed during the bombing of Rome. Tullia is forced to grow up pretty fast, to work with her head down. But the way she sees the world, while she’s walking around the narrow streets of Rome, is brave, curious, full of life.

Her desperate will to survive, to make something different out of the misery of her life, is so powerful it’s impossible not to remain in awe of her strength, her dignity, her relentless resilience. She leaves behind her abusive mother, but her majestic figure, her beauty, her clear intelligence, torment her as she becomes a woman. Tullia has to learn how to be a mother, without ever knowing how to be a daughter. She is lonely, but she’s not alone: no one really is in fascinating, dirty, loud, hopeful, extraordinary, eternal Rome, a character of its own in this atmospheric novel, a mother and a friend to Tullia, who grows in its at times warm, at times unforgiving embrace.

Laura Mancini’s writing is transparent and imaginative, with echoes of Elsa Morante. Reading Pneuma is like watching history go by outside a window: it’s impossible not to see in it a blurred reflection of ourselves.

Laura Mancini was born in Rome in 1985. She’s a copywriter and works in the Conceptual Research Department at Valentino. Niente per lei is her first novel.