The website is under construction. We apologize for any inconvenience.
Home / Books/ Children/ Provaci ancora Marvin! – Marvin vol. 1
BooksChildren 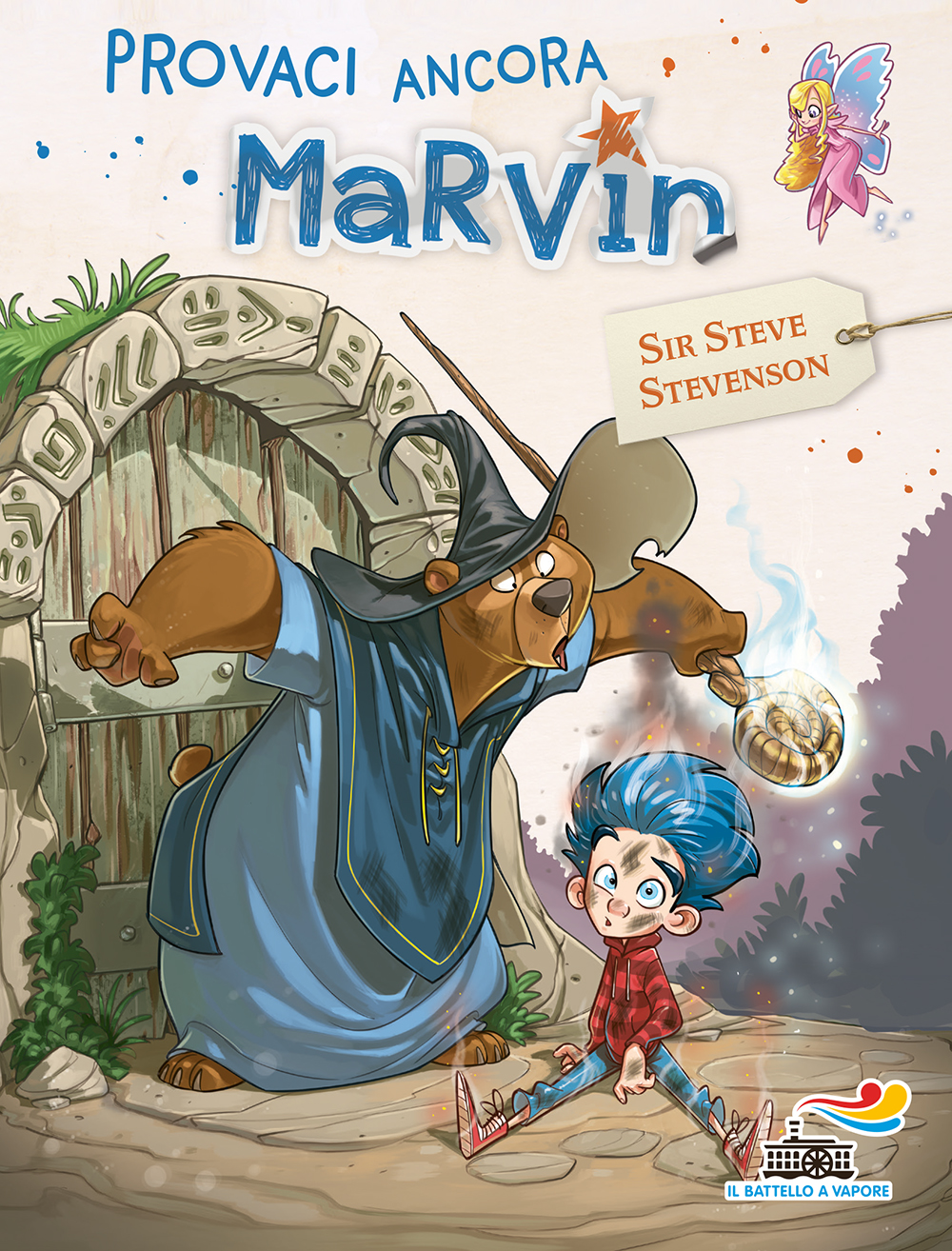 Marvin is just an average kid: a bit absent-minded, a bit naughty, and with a bit of a tendency to come last in everything. He certainly doesn’t look much like a hero, and he doesn’t know the first thing about fighting battles, finding treasures, or breaking evil spells. Because the Parchment says he is HERO, Gil, Britta and Todd summon him to join the Company of the Distant Lands: together they will defend the Magic Shire against danger… Magic animals that make the reader dream and have fun and a human main character that ease the identification.

Pseudonyn of Mario Pasqualotto. A trained psycholinguist, Mario worked for over a decade publishing roleplaying games in Italy and England, and served as editor, translator and writer on over 50 publications. He’s also the author of bestselling series A school for Pirates, translated in 12 languages worldwide. His motto is “every person is a beautiful story”.