The website is under construction. We apologize for any inconvenience.
Home / Books/ Fiction/ Roma giungla
BooksFiction 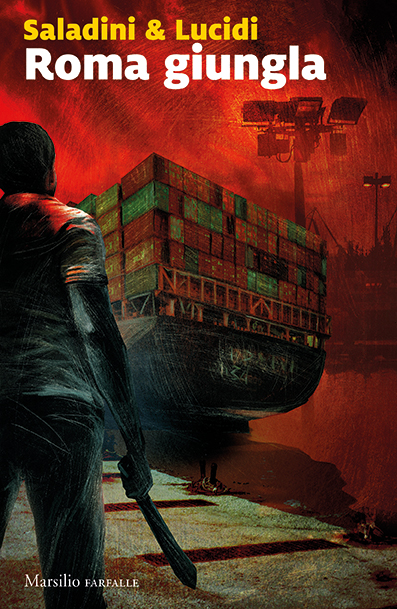 A cross between The Power of the Dog by Don Winslow and Suburra by Bonini and De Cataldo, this taut and savage thriller explores the growth of Nigerian crime in Italy’s capital.

Sandro Sparta, a police officer attached to the Central Directorate of Anti-Drug Services, who suffers from heart problems, is charged with carrying o out a preliminary investigation in Civitavecchia, Rome’s seaport, where hewas police chief twenty years earlier. The port is being infiltrated by the ‘Ndrangheta, the Calabrian Mafia, who are seeking to give it a key role in the international drug trafficking network. Cocaine produced in Columbia, in the territories controlled by the drug cartel Clan del Golfo, is sent to Nigeria and travels on from there to Italy.Meanwhile Henry Boezie, a Nigerian sculptor living in Civitavecchiawho is in fact head of the Roman division of the Black Axe criminal confraternity, schemes to collude with Filippo u Bellu, an old member of the ‘Ndrangheta who’s looking for revenge. Under the radar, these two weave an extremely ambitious and risky plan to gain supremacy in the Roman drugs and prostitution rackets. A follower of esoteric African cults and voodoo, Boezie lives with Alaba, a disturbing ex-prostitute, card-reader and diviner, believing himself to be protected by her magic.Murders, extortion and betrayal dog Sandro Sparta as he discovers that he’s got himself involved in a game that’s much bigger, more complex and dangerous than he’d ever imagined.A game that’s only just started.

GINO SALADINI is a pathologist, criminologist and commentator for RAI, Mediaset and Sky Television, as well as co-author, with Vincenzo Mastronardi, of the historical thriller Hypnos (Sonzogno 2019). He has also written the novels Sincro (Gangemi 2004) and L’uccisore (Rizzoli 2015).CHRISTIAN LUCIDI is a film-maker who graduated from the Lee Strasberg Institute in New York and also has a degree in Literature and Languages. His films include Albedo and the documentary Il tunnel trasparente.