“Why do two and two always have to be four? Can’t they be five once in a while?”

The rooster Sebastiano, last-hatched in a brood of thirteen eggs, is rather strange and different from his siblings. Sebastiano is nonconformist and rebellious, but above all he’s curious: he wants to discover the world and so he sets off and ends up getting entangled in a series of escapades worthy of an adventure story. Among his companions are the rather foolish Calves, the overly-docile Rabbits, the wicked Pigs, Bernardoco the Dog, the clever cat Matúa and the philosopher rooster Calisto. Sebastiano addresses the chief problems of childhood and early adolescence with courage and optimism, drawing from them his own original conception of life that is not without its interrogatives: how can we make others understand us? And put up with loneliness? What does it mean to be different? What can we do to get along together even if we see things differently? In this children’s story Ada Gobetti sketched out the development of a conscience moulded by the rules of civil coexistence in a world not without dangers but also full of great surprises.

Ada Gobetti (1902-1968) married Piero Gobetti in 1923. After her husband’s death she became one of the heroines of the Resistance and her house became a landmark for intellectual antifascism and the circles gravitating around the Giustizia e Libertà movement. After the war she worked for several newspapers and her constant literary commitments were joined by an interest in pedagogy. 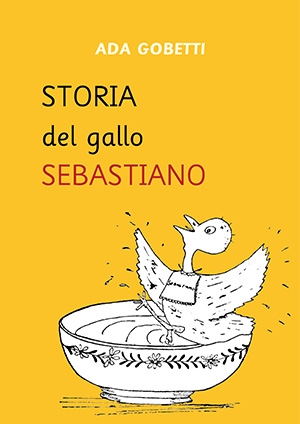