The website is under construction. We apologize for any inconvenience.
Home / Books/ Non-fiction/ Storia del jazz (The History of Jazz)
BooksNon-fiction 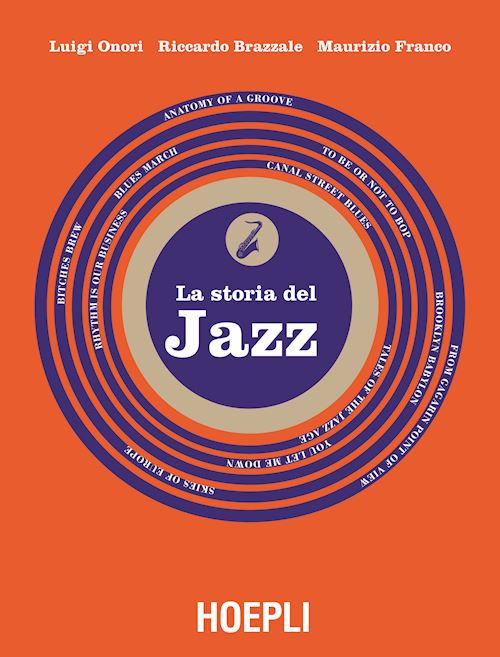 The first investigation into the worldwide history of jazz, from the US to Europe and Italy. An easy read that retraces the trends of New Orleans’ music from its origins to today, exploring stars, styles and technology.

A sound that characterises modernity and defines the twentieth century, jazz is universal in its creative and cross-cultural message. The collision between different worlds and traditions has engendered ongoing changes that have welcomed art and entertainment, high-brow and popular music, dance and rituals. Only jazz has lived its own life intertwined with music media, from 78 RPMs to liquid music. Jazz jamming and writing make it a colourful, multifaceted universe that has been able to express history.

The book details the language of jazz from the cities, from New Orleans to Chicago; it tells us about the places where the history of jazz was made, from the Cotton Club to the Music Inn, as well as its many women and men, soloists, composers, arrangers and singers: from Louis Armstrong to Keith Jarrett, from Duke Ellington to Henry Threadgill, from Mary Lou Williams to Maria Schneider, from Bessie Smith to Norma Winstone.

Riccardo Brazzale is a musician, teacher and promoter as well as the conductor of the Lydian Sound Orchestra and of Vicenza Jazz.

Maurizio Franco is a musicologist. He teaches at Civici Corsi di Jazz in Milan and at the conservatories of Parma and Como.

Luigi Onori is a music critic and writes for Il Manifesto. He teaches at the Conservatory of Frosinone and at Saint Louis College of Music in Rome.