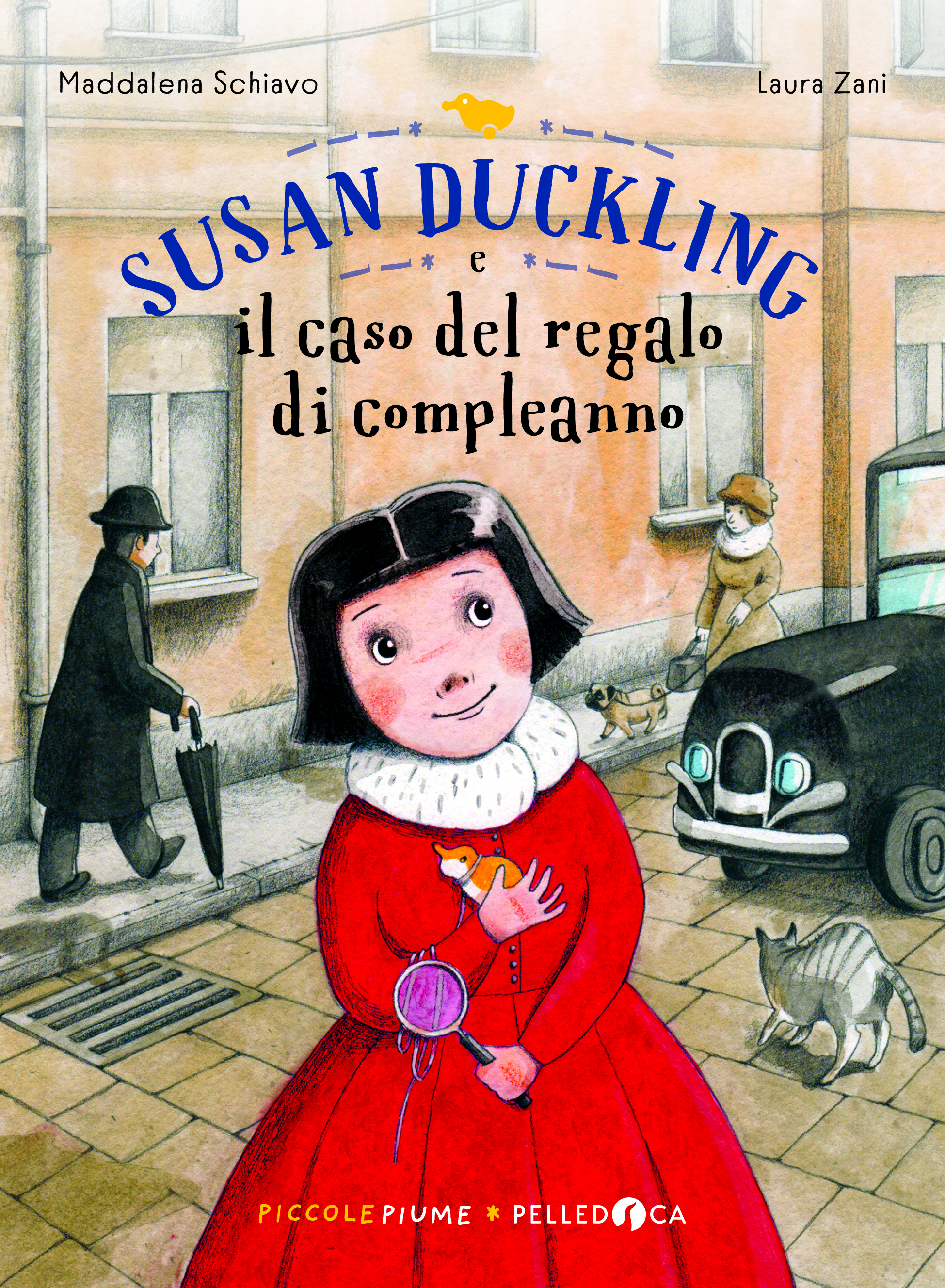 The first adventure in a series starring Susan Duckling, a little, fearless and determined investigator struggling with unusual and very particular mysteries.

Susan Duckling the daughter of the most famous Scotland Yard Commissioner in London, asks her dad, for her birthday, an unusual gift: to be able solve one of his important cases. That week, a rhino had disappeared from the London Zoo: the story is on the front pages of the whole national press. It would seem to be just the case for Susan… at least to start. “But where has the poor rhino gone? Who has taken it?” Susan starts her investigations, and it takes very little: a lens, a flashlight and some coins… you never know she might want an ice cream. Clue after clue Susan manages to solve the mystery, moving like a real detective: with observation, method and psychology. Not alone, of course, but with the help of Officer Puddle, Commissioner Duckling’s righthand man, that he will have everything to learn from the little detective!

• “Piccole Piume” is the new series of first readings for the little ones. More space to the illustrations, great care for the texts and a highly readable font.
• The atmosphere of an old London gives a background to stories full of surprises.

She lives in Montecchio Maggiore in the province of Vicenza. After graduating in Philosophy, she worked for many years in a public library. For some years now, she has been publishing several picture books and children’s books in Italy. Her books have been featured in major specialist magazines, including Andersen andthe national press. She also does animated reading and workshops in schools, libraries and bookstores.