Antonio Tabucchi in other languages 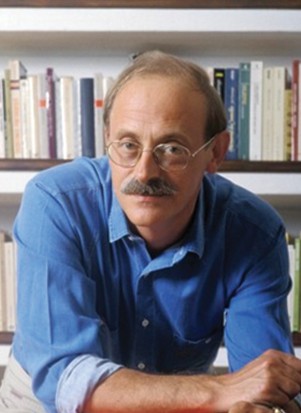 Antonio Tabucchi is one of Italy’s most known contemporary authors abroad. His books have been translated in over fifty languages.

The Asian continent has also given him a lot of attention: in China, South Korea, Thailand, Iran, Taiwan, Azerbaijan and Japan where the translator, Tadahiko Wada, played a fundamental role in the distribution of the author’s works.

His most translated title is Sostiene Pereira, followed by Notturno indiano. Amongst his most recent books, the incredible monologue Tristano muore and the first posthumous novel Per Isabel have received numerous translations. The collection of short stories were less successful, with the exception of Il tempo invecchia in fretta which has been published in many countries. Lastly, the prose essays and books of an “unclassifiable” genre (neither novels, nor short stories) such as the collection of travel writings Viaggi e altri viaggi or the articles on art Racconti con figure, have greater difficulty in crossing national borders.

Having become a writer of worldwide fame, in the early 2000s he arrived in Gallmard which published his new books and republished an old series Du monde entier. New translations were also released by Bernard Comment. In general Comment’s translations are more similar to Tabucchi’s style, compared with those of Chapuis who, having to translate an author who was still unknown, gallicised him to make him more accessible to new readers.

However, Gallimard is not the only publisher beyond the Alps to have released Tabucchi’s work. Seuil, published his prose essays in the refined series La librairie du XXe siècle directed by Maurice Olender and the first edition of Gli ultimi tre giorni di Fernando Pessoa. In 2019 two multi-lingual editions were released via other publishers. The first, Tabucchi par lui-même, appeared in the series Cahiers de l’Hôtel de Galliffet belonging to Italian Cultural Institute of Paris and directed by Paolo Grossi who gathered, through the convincing translation of Carole Cavallera, Tabucchi’s published and unpublished autobiographical work. The second edition was the incomplete novel E finalmente arrive il settembre, published by Chandeigne and elegantly translated into Portuguese by Maria José de Lancastre and into French by Martin Rueff.

In the Iberian Peninsula

Jorge Herralde, director of the publisher Anagrama, was responsible for Spain’s discovery of Tabucchi and released Donna di Porta Pim in March 1984.

In ’91, also in Spain, Tabucchi found his “trustworthy” translator: Carlos Gumpert, who would become a friend and author of the important volume of interviews Conversaciones con Antonio Tabucchi.

Portugal was Tabucchi’s chosen home. His books have often been collocated amongst the bestseller lists.

The first title to be released in Portuguese was Il gioco del rovescio, in 1984. Vega, a small publisher released it with a wonderful preface composed by one of Portugal’s greatest writers, José Cardoso Pires.

Starting in the early 2000s, Tabucchi’s written work was published by Dom Quixote. In the new headquarters, retranslations such as Notturno indiano were presented and in 2009, on behalf of Gaëtan Martins, new re-editions of his works were printed with a new graphic design.

From Germany to the United States

Herralde also recommended Tabucchi to the small publisher Klaus Wagenbach responsible for the publication of Donna di Porta Pim. Immediately after, the writer was bought by Carl Hanser Verlag and the editorial director, Michael Krüger became his point of contact. As in France and Spain, Tabucchi also found “his” translator in Karin Fleischanderl.

In Germany his works are greatly appreciated, as can be seen by the reviews in the main newspapers and magazines. Yet again, the most successful title is Sostiene Pereira which comes second amongst the bestsellers. Hanser also published the most “difficult” books such as Racconti di figure in 2019.

The history of Tabucchi’s translations in English-speaking countries is afflicted, especially with regards to the translators who have taken their turns over the years.

Tabucchi was first translated into English in 1986 with Il gioco alla rovescio, released by the independent publisher New Directions which continued to be the point of reference until the first few years of the 2000s. However, the book didn’t have the success hoped for. The title was translated as Letter from Casablanca, a misleading choice considering the emblematic title. Not only. With that syncopated rhythm, made of short phrases, the translation betrays Tabucchi’s long and complicated syntax which mimes the movement of speech.

Over the years, many books have been retranslated or the translations have been reviewed. Particular attention is now given to the title. Il filo dell’orizzonte, for example, previously translated in 1990 by Tim Parks for New Directions with the title The Edge Of The Horizon was released in1991 by the English publisher Chatto & Windus and the title was retranslated into Vanishing Point, a more fitting choice that reflects Tabucchi’s undefined and veiled poetics. Sostiene Pereira also changed title from Declaares Pereira (New Directions, 1996) to the more apt Pereira maintains (Canongate Books, 2010).

From 2010 onwards a new “editorial” period began for the “English Tabucchi”. The refined American publisher Archipelago released I volatili del Beato Angelico and Donna di Porto Pim, both translated by Tim Parks. Starting with Tristano muore, Elizabeth Harris then translated Tabucchi’s work: from Tristano’s “exploded” memories (American prize ALTA for the best translation of a foreign book) to the mandala Per Isabel. And it is thanks to the success of Per Isabel that his most unorthodox books have now been published and there has also been a revived interest in his previous books with the introduction of new editions. This is what occurred with Message from the Shadows, a selection of stories, a kind of The Best of, which received numerous rave reviews. Through this title, Tabucchi has finally established himself also overseas as undisputed master of short narratives.