On the centenary of the extraordinary discovery (the tomb of Tutankahmun was discovered in November 1922), the famous egyptologist Christian Greco retraces the steps of Howard Carter, the man who brought to light the tomb of the most famous and fascinating pharaoh who remained buried for 3000 years in the dunes of the Valley of the Kings. The Director of the Egyptian Museum of Turin tells for the first time everything about that incredible expedition, and explains how Tutankhamun – whose life is little known until his death and burial – still speaks to us today through the precious fragments of memory that came to us and that made up his vast treasure. Among stolen artifacts, night visits, sarcophagi sealed by time and fake news (such as the curse of the pharaoh punctually denied by the register of suspicious deaths held by Carter himself), Greek reveals all the details that only an expert in the trade can know, including mistakes made at that time that marked the birth of the modern archeologist. This book will conquer the children and all the fans of the young pharaoh thanks to the timeless charm of adventure and the great stories of the past that live and teach us today: from how an archaeological excavation works to the rules to follow after the opening of the tomb but also the emotion of laying eyes on a burial chamber buried for millennia and its wonders and how to preserve them for posterity…with many exceptional and accurate information, including illustrative cards, maps and drawings that reproduce the notebooks of the time and the found objects.

Christian Greco is one of the world most famous egyptologists. In 2014, while 39 years old, he became the director of the Museo Egizio di Torino (Turin Egyptian Museum), second only to the Cairo Museum for the exceptional nature of its collections. 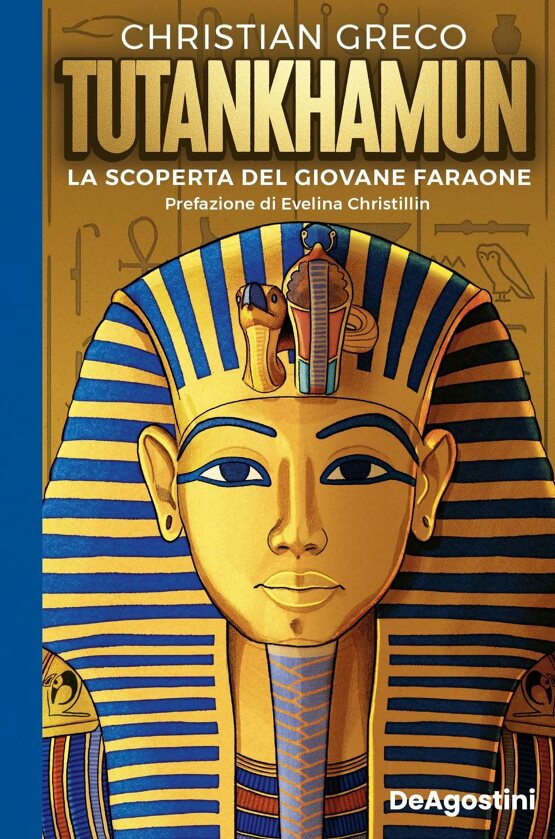