The website is under construction. We apologize for any inconvenience.
Home / Books/ Non-fiction/ Tutti gli uomini di Machiavelli (All Machiavelli’s Men)
BooksNon-fiction 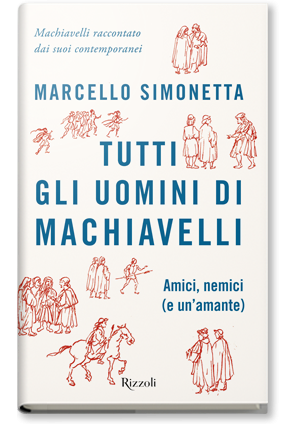 Friends, Foes, and a Mistress.A portrait made of portraits, a new look at the life and work of the most controversial political thinker from 1500 to today.

Who was Niccolò Machiavelli, the Florentine Secretary, the author of The Prince and The Mandrake Root? Everything and its opposite has been said about him: was he a genius? A friend of tyrants? A courageous man who denounced the vices of the powerful? Or all of these at once? Here is a portrait of the man through the people who knew him: his closest friends, such as Filippo Strozzi and Francesco Vettori, more formal friends such as Francesco Guicciardini, the powerful figures of the Italian and European political world, colleagues, enemies, cardinals, fellow historians, and one woman only, his mistress, courtesan Barbara Salutati. Twenty three characters in all, through whose words and eyes Machiavelli returns to life, at once close-up and at a distance. This Machiavelli is a real person: sharp but not always coherent, likeable but sometimes pathetic, irreverent, mocking and passionate. This portrait is alive. On each page there are stories that will surprise all readers, whether or not they are already familiar with the man and his work.

’Simonetta is one of the rare historians capable of deciphering and explaining the original documentation, because even during the Renaissance, what was said in public was one thing, what was reserved for those who had the keys was quite another’ ─ La Stampa

“A restless, refined and original scholar, Simonetta displays his usual and well-known style – a narrative rigorously faithful to historical events, along with an entertaining and lively style” – Avvenire