The website is under construction. We apologize for any inconvenience.
Home / Books/ Children/ Avventura negli U.S.A
BooksChildren 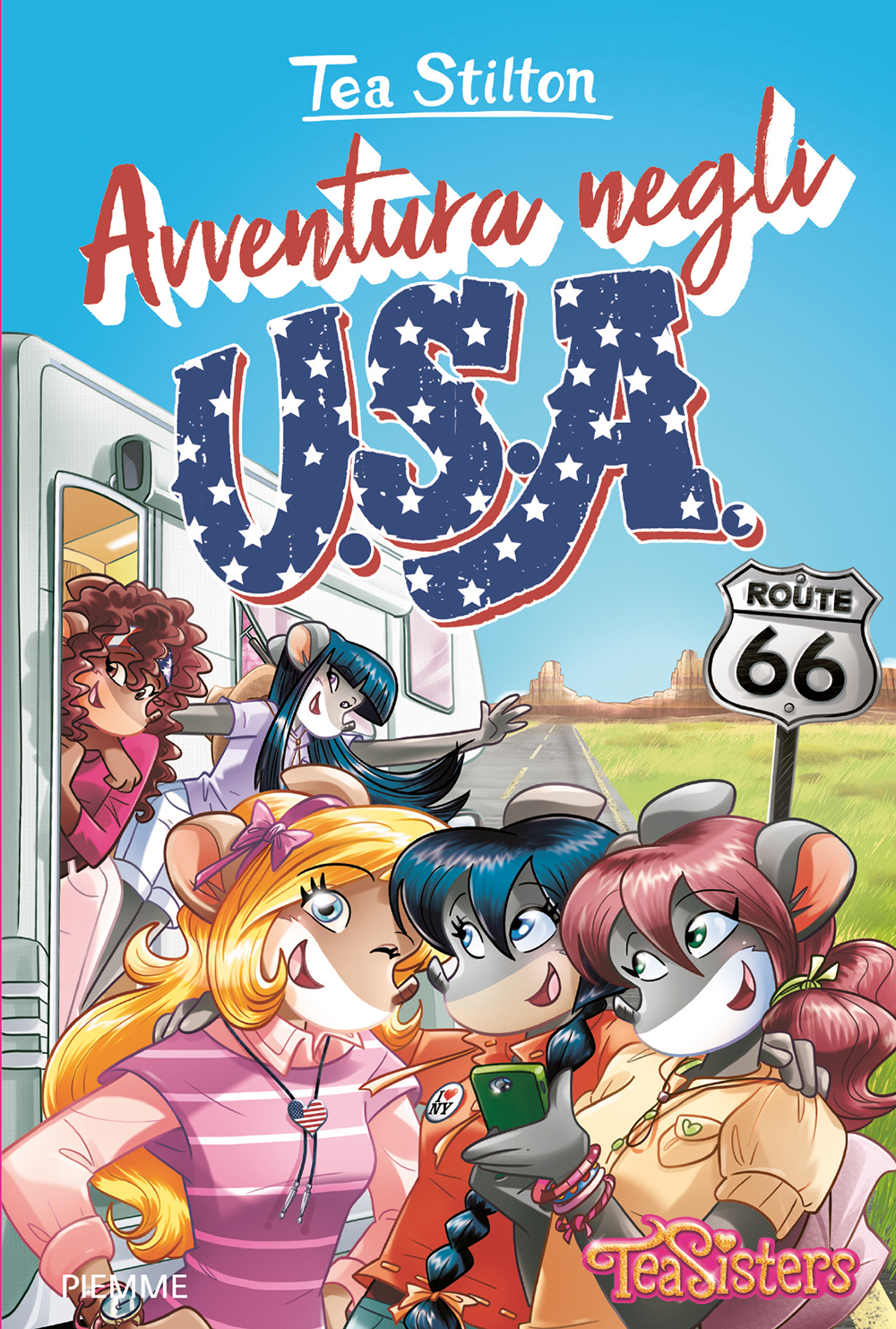 The adventures of five young ‘detective’ friends,narrated with a gripping and lively style.Stories set in: New York, Paris, Beijing, Australia,The Moon, Japan, Scotland, Egypt, India,Hawaii, Spain, Africa, Russia, California, Iceland,London, Wien, Rome…About 13.6 million copies sold worldwideRights sold in 16 languages includingEnglish (–UK and Ireland)The Thea Sisters set off on a trip they’ve been dreaming of for a long time: They’regoing to cross the United States in a camper van on the legendary Route 66!After they land in Chicago, the five friends climb into their rented camper and set off.When they stop at a diner, they see that the girl at the next table can barely hold backher tears. Her name is Ali and she studies Computer Science. Ali explains that for thelast year she’s dedicated herself heart and soul to developing a video game to presentto a gaming company in Silicon Valley. Once a year, this company selects projects byyoung game developers and produces the best one. And her game is incredible! Toobad that she missed the last bus for Silicon Valley! No problem! There’s room for onemore on the Thea Sisters’ camper. So, the girls end up making the journey together…and solving a mystery or two along the way!

Thea Stilton is a special correspondent for The Rodent’s Gazette, Mouse Island’s most famouse newspaper. A graduate of Mouseford Academy, Ms. Stilton loves traveling and adventures. She is the sister of Geronimo Stilton.