Carlo Emilia Gadda in other languages 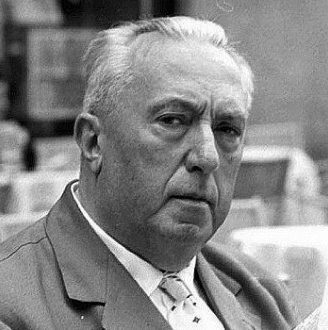 From 1961 to date, the works of Carlo Emilio Gadda have been translated into 18 languages and 22 countries around the world. It is a surprising fact, if we consider the density and stylistic polyphony which those who decide to deal with the translatability of his writing must face.

The first translations were promoted in the 1960s, thanks to the attribution to Cognizione del dolore (The Experience of Pain) by the “Prix international de littérature”, which had already consecrated the work of authors such as Samuel Beckett and Jorge Luis Borges internationally. Between 1963 and 1966 in Europe, the author was first recognised, thanks to important editions such as the German version of Cognizione del dolore (Die Erkenntnis des Schmerzes, 1963). It was enriched with an afterword by HM Enzensberger and followed by translations in Dutch (De ervaring van het verdriet, 1964), Spanish (Aprendizaje del dolor, 1965) and Portuguese (O conhecimento da dor, 1966). The growing notoriety of Gadda abroad is due, in particular, to the increasingly numerous editions of Quer pasticciaccio brutto de via Merulana, translated for the first time into German in 1961 (Die gräßliche Bescherung in der Via Merulana), despite the fact that negotiations for the French edition, Éditions du Seuil, had already started just a few months after the publication of the volume in Italy in 1957. The translation of the novel (L’Affreux pastis de la rue des Merles), by Louis Bonalumi, was published in 1963, with an afterword by François Wahl, editor of the famous Parisian publishing house, who Gadda met personally in the summer of 1958 and, to whom, he offered his enthusiastic collaboration to revise the drafts. These two editions marked the beginning of a long series of translations: only in 1965 do we recall the English one (distributed in the United States and the United Kingdom), the German one, the Spanish one and the Czech one. To date, there are 37 translations of Il Pasticciaccio, into 16 languages (including Japanese, Finnish, Serbo-Croatian, Hebrew and Romanian). It is the most read of Gadda’s work outside the Italian border, confirming its pioneering role in the consecration of the author’s success.

The unexpected popularity guaranteed Gadda a fair number of proposals from foreign publishers in those years. The rights for the diffusion, distribution and publicity of his works were taken care of by one of the most pervasive personalities in the cultural environment of the time, the literary agent Erich Linder, who personally governed the relations between Italian and foreign publishers and was in charge of legally protecting its authors in transactions. In Gadda’s case, Linder was flanked by two exceptional editors: Pietro Citati and Gian Carlo Roscioni, employed respectively by the publishing houses Garzanti and Einaudi. The mediation between the author and the publishing world, which was carried out by the editors, sometimes had a decisive impact on the fate of his works abroad: the English translation of Cognizione (Braziller 1969; Owen 1969), for example, thanks to the intervention of Roscioni presented, a year earlier than the Italian edition, two final chapters hitherto unpublished by explicit author’s veto. Their publication was due to the close collaboration between the Einaudi editor and the English translator, William Weaver, testified by Weaver himself who, in the face of the author’s well-known confidentiality, declared that he often resorted to Roscioni’s contribution in the translation.

After the sixties, the translations of Gadda’s works underwent a general decline until the mid-eighties, when Dante Isella started an impressive study and philological recovery of the writer’s papers in Italy, which flowed into the complete edition of the works for Garzanti. This initiative had a good resonance, resulting in a new period of editorial luck for Gadda’s work abroad: between 1982 and 2002, 82 editions were published worldwide. In France, in particular, where Gadda had always enjoyed considerable notoriety, many unpublished works surfaced in those years from the engineer’s workshop, including Novella seconda (Bourgois, 1987) and La mécanique (Seuil, 1992), was published. These and many other editorial initiatives – signed, in most cases, by the translator and critic Jean-Paul Manganaro, a true passeur of Italian literacy in France – contributed to confirming the long standing loyalty of the French-speaking culture to Gadda (French translations alone amount to more than a quarter of the total).

Since the early 2000s, interest in the work of the engineer has undergone a general arrest, remedied in recent years by:
1). Reprints of famous translations such as Weaver’s (That Awful Mess on Via Merulana, New York Review Books Classics, 2007) or Petit’s, Masoliver and Muñiz (Aprendizaje del dolor, Días contados, 2011), both dating back to 1965;
2). New editorial initiatives that testify to the recent interest of Northern European countries in the engineer’s work (the first translation into Finnish of the Pasticciaccio was done in 2010, followed by a Dutch translation of Cognizione in 2011 and a Danish one in 2013);
3). New translations of works already published, such as The Experience of Pain (2017) edition, edited by Richard Dixon for Penguin Classics, which marks the departure from Weaver’s translation starting from the choice of title (until 1985: Acquainted with Grief). Dixon himself translated a story in 2019, The Mother, which became part of the The Penguin Book of Italian Short Stories collection.
Ultimately, the only two titles concerned – La cognizione del dolore (The Experience of Pain) and Quer pasticciaccio consecrate Gadda’s current presence in the international literary context under the sign of the novel’s narrative form.