The website is under construction. We apologize for any inconvenience.
Home / Books/ Non-fiction/ Everything under heaven is in utter chaos
BooksNon-fiction

Everything under heaven is in utter chaos 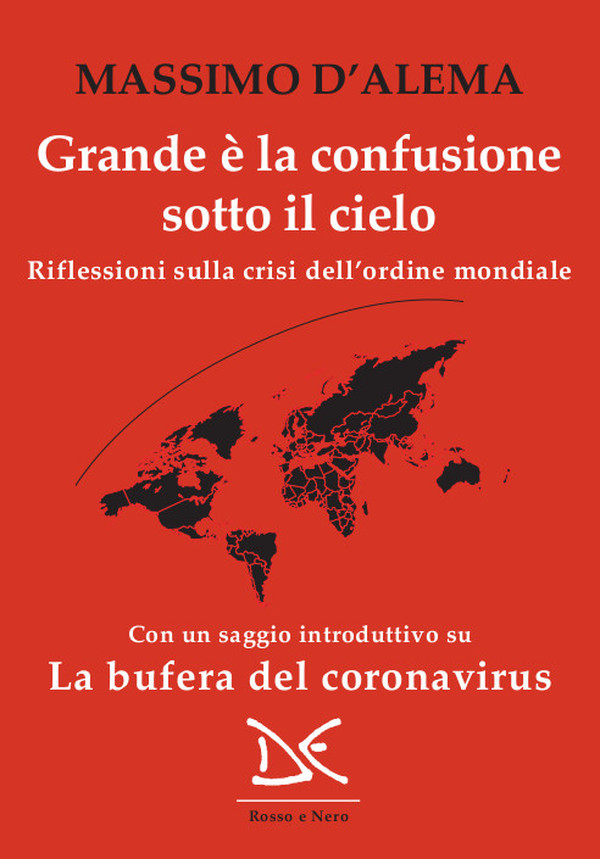 THE WORLD BEFORE AND AFTER COVID-19. THE NEW BOOK BY MASSIMO D'ALEMA ON GLOBAL SYSTEM.

«The world has been shaken by the coronavirus storm. In particular the West has come out of it weaker, and we need to ask ourselves why the impact has been so devastating for the most advanced and richest societies. The fact is that over twenty years of globalisation and neo-liberalist hegemony have rendered our societies incredibly fragile. This is not restricted to a weakening of universal health care systems, nor is it simply a case of a reduction of welfare and social spending. It is the growth in inequalities and areas of marginalization. The crisis has thrown a harsh light on another, no less worrying, aspect. Fragile and scared societies without intermediate bodies and impoverished in terms of their cultural foundations produce increasingly casual and improbable ruling classes».

What are the origins of the chaos that rules the international system today? Who are the new and old players that will take their place on the global chessboard in the coming decades? In which crisis hotspots and contexts will the fight to conquer the leadership of the multipolar world of the XXI century unfold? To answer these questions Massimo D’Alema traces a clear analysis of the current geopolitical landscape. With the crisis of liberal democracy and of the market economy, which after 1989 seemed destined to dominate unopposed, we have entered a phase of Gramscian interregnum, where the old order has disappeared and the new one is struggling to come to life. A phase loaded with instability and characterised by the loss of the hegemony of the United States and of the West and the emergence of new global players. An enlightened global leadership, which will no longer be a single power nor a single cultural and political model, must emerge from an awareness of the plurality of the world. By examining in six incisive lessons Trump’s America, Putin’s Russia and Xi Jinping’s China, Europe’s uncertainties, Africa’s new role, the Mediterranean chessboard and the unresolved Middle East question, D’Alema reflects on the crisis of the neoliberal international order and the scenarios that mark our time. The coronavirus crisis has not only failed to contradict this analysis, quite the opposite, it has strengthened it.

Massimo D’Alema was national secretary of the FGCI from 1975 to 1980.  He was amongst the young leaders of the “turning point” that in 1989 transformed the Italian Communist Party (PCI) into the Democratic Party of the Left (PDS), becoming its National Secretary in 1994. He was elected to the Chamber of Deputies in 1987. From 1998 to 2000 he was the Prime Minister of Italy. In 2006 he was elected a member of Parliament and appointed Deputy Prime Minister and Minister of Foreign Affairs.