The website is under construction. We apologize for any inconvenience.
Home / Books/ Non-fiction/ In parole povere. Un’autobiografia con immagini
BooksNon-fiction 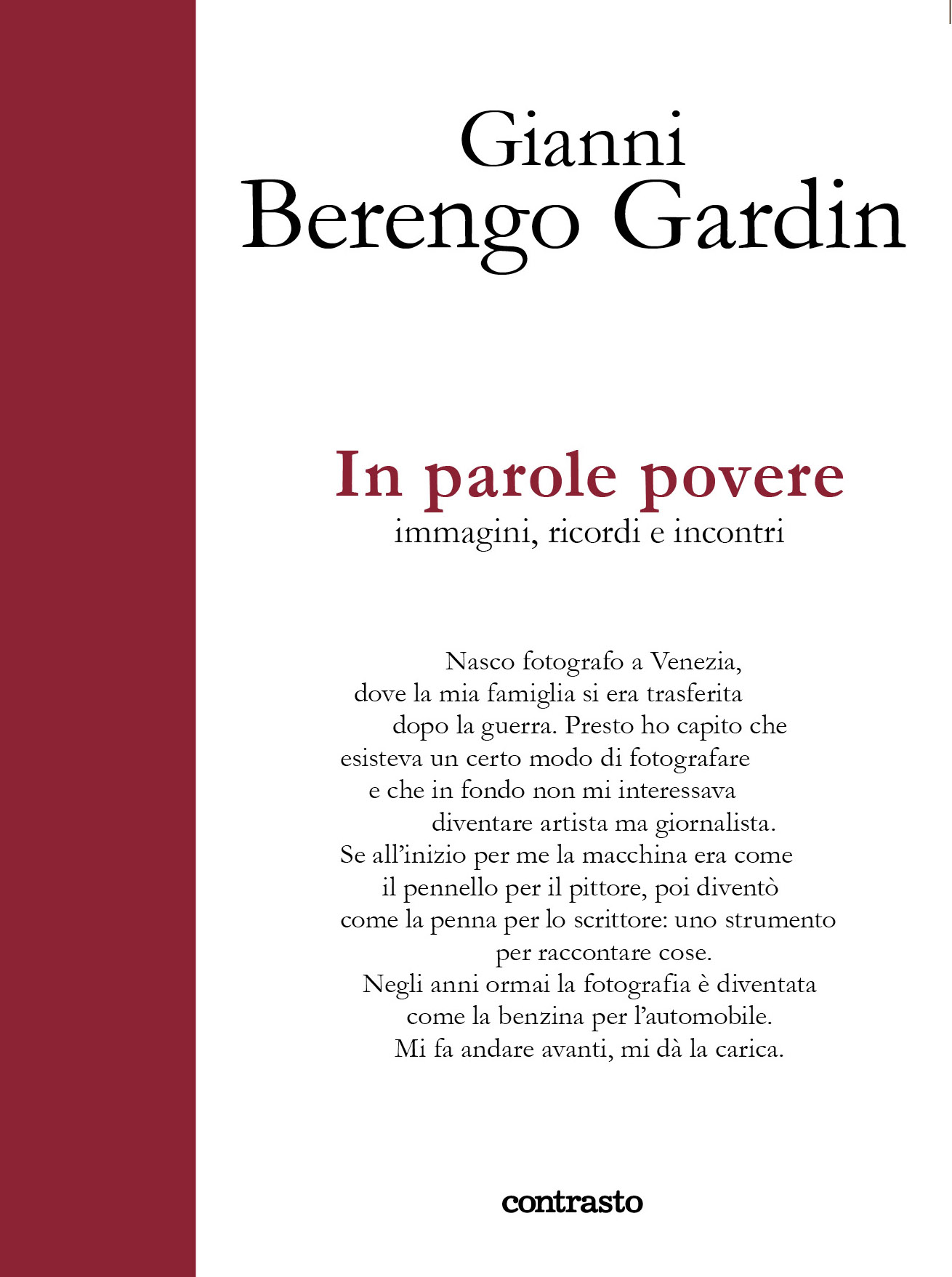 The biographical story of a main player of our years. The memories, the crucial encounters, the great reports that have marked his life.

In simple terms. An autobiography with images traces the thread of his profession, which is also a passion, and unravels it through a long biographical story, full of encounters, travels, stories, images.

It reports, above all, the attentive sensitivity with which Berengo Gardin as always looked at the reality and the people; the same sensitivity that is the fundamental equipment for all reportage photographers. The world of Berengo Gardin is our world.

The text, narrated in first person and collected by his daughter Susanna, is introduced by a Letter to his friend Gianni, written by the Photographer and Writer Ferdinando Scianna, and a conversation on the photographs taken, and those to be done, between Gianni Berengo Gardin and Roberto Koch.