The outstanding life story of Eddy Merckx, «the Cannibal», the most winning road cyclist of all time.

March 20, 1966. A young Belgian is in line for the first time at the start of the Milano-Sanremo. He’s twenty and has never measured with such a long track. At the finish line he will win the first classic of his palmarès. That day, as with Coppi twenty years before, opens a new era for cycling. Since his first appearance, Eddie Merckx demonstrates that he has, in addition to talent, a taste for adventure and unexpected feats. Like the Great champions of the past. But more than anyone else he has been able to perform races as a «total challenge», a bayonet battle. He imposed a style, «the head of the race», returning the bike to its original vocation. He will call the Ogre, the Cannibal, Attila: feared and hated, he was «the greatest competitor» of a challenging sport. This is why his story – written upon paved roads, in the mud, in snowstorms, dotted by falls, ennobled by duels with Gimondi, Ocaña and Fuente – deserves a special place in the «boundless library of cycling». From his debut till his sudden descent, Claudio Gregori reconstructs Merckx’s endeavors as if he is the brave knight of a new chanson de geste, in search of fabulous treasures, thus depicting the epic and the charm of the races, the swing of the detachments, the falls in between rocky outcrops, the hunger crisis, where one man is fighting against a platoon of opponents – or perhaps against himself, chasing the ghost of Fausto Coppi. 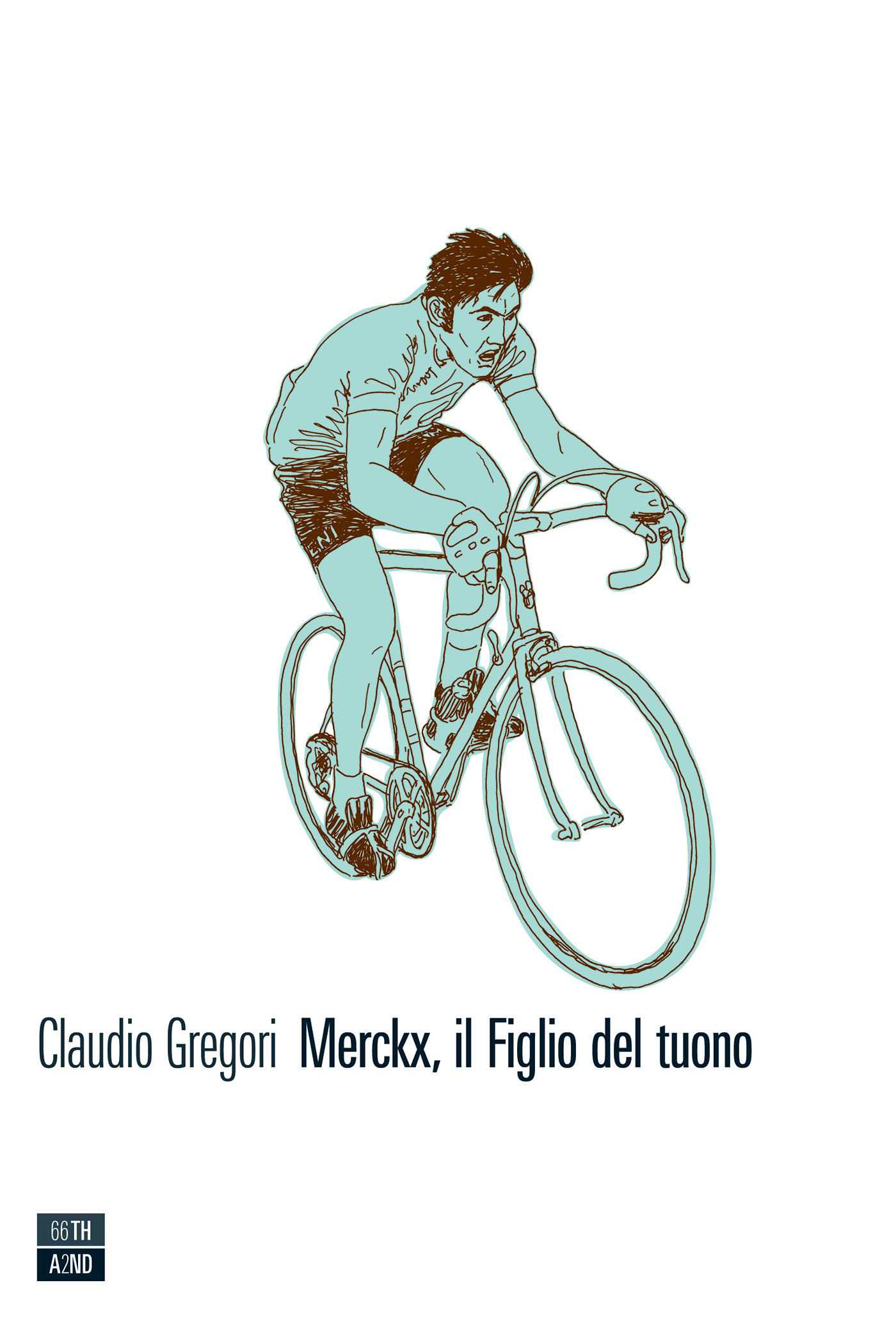