In the Year 1838, the Austrian Empire dominates Venice: Not much of the city’s ancient splendor still lasts. However, the atmosphere of the Arabian Nights still pervades the now deteriorating Turkish Fondaco where Saddo Drisdi, the last Turk in the city, lives. Here, seven children who escaped from Austrian soldiers and snuck into the palace are enchanted by Saddo’s tales of princesses and pirates, sultans and doges, saints and warriors. He tells them the story of Venice and Constantinople, between myth and reality.

Marco Tagliapietra is a painter, art historian and teacher. He has published the graphic novels: “Elizabeth” and “Plague in Venice\’. 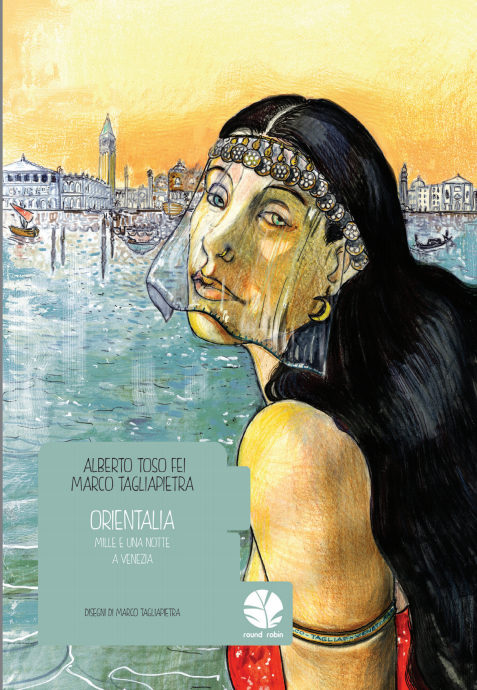