The website is under construction. We apologize for any inconvenience.
Home / Books/ Fiction/ Ragazzo italiano
BooksFiction 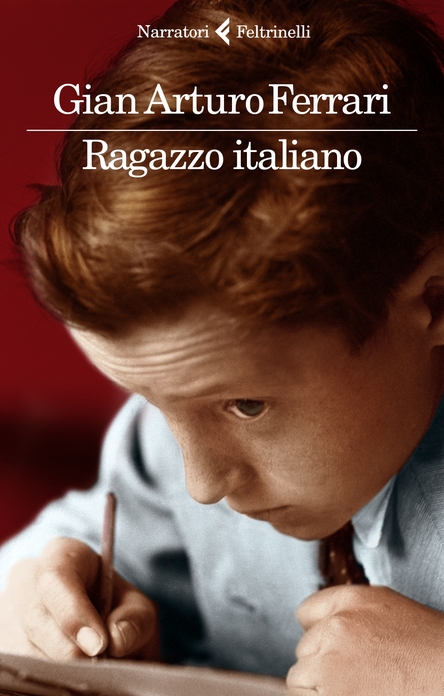 Ninni is a child of postwar Italy. His life traverses hardships recalling the industrial revolution in provincial Lombardy, the decline of rural civilization in Emilia, and the explosion of life of in a Milan undergoing reconstruction. Through it all, Ninni learns about the pitfalls of emotions, suffering, and the pain hidden even in the closest bonds. As a boy, thanks to his grandmother, he discovers he can leverage the immense continent of experiences and emotions that books open wide before his eyes. Having become aware of himself and his wearying autonomy, the boy carves out, in the name of curiosity and the will to know, what promises to be his place in the world.

The story of Ragazzo italiano (Italian Boy) reflects the history of the whole country – the harshness, poverty, anxiety about the future – the story of a generation born of the war but determined to carry out projects and dreams beyond that tragedy. An Italy where school is the springboard for social advancement, and the future is crowded with expectations and promises. An Italy still alive in the deep memory of the country, in the familiar vicissitudes of many Italians. Ferrari gives it body and breath, without any self-indulgence, with a crystalline and austere style, often raw, and a timbre of courageous sincerity. Able to express the freshness of the protagonist and a multitude of flashing characters of the future.

In the early 90s he’s been head of Libri Mondadori and from 1997 to 2009 he’s been general manager of Libri Mondadori division. From 2015 to 2018 he has been the vice-president of Mondadori Libri. He is a regular contributor and a columnist for the Corriere della Sera. In 2014 he published Libro with Bollati Boringhieri. Ragazzo italiano (2020) is his first novel.