13th May 1939, the german transatlantic St. Louis is departing from Hamburg to Cuba. On board, there are 937 jews escaping from the nazi foolness, just before the beginning of WW2. St. Louis commander, captain Gustav Schröder, is german and he\’s against Adolf Hitler. Once arrived in Havana, the cuban government rejects to receive the passengers. Only people who could pay an expensive tax are allowed to enter in the country. Therefore, captain Schröder raises anchor once again to find another safe shelter for his passengers, but the St. Louis is rejected also by the United States and Canada. There is no other chance: the transatlantic has to return in Europe, but not in Germany. In the end, Gustav Schröder managed to dock in Antwerp, the passengers are finally able to find a refuge in Uk, Belgium, Netherlands and France. But meanwhile the war is going to involve the entire Europe.

Sara Dellabella is a freelance journalist. Currently she collaborates with Agi and writes about politics and economy for L\’Espresso. She won the Piersanti Mattarella prize in 2015.

Alessio Lo Manto is graduated in political science and hold a diploma at the school of comics and illustration Grafite. Many of his works are published by Internazionale and other graphic news websites. He\’s co-author of Leo e Martina a spasso nel tempo (Edizioni Grifo) 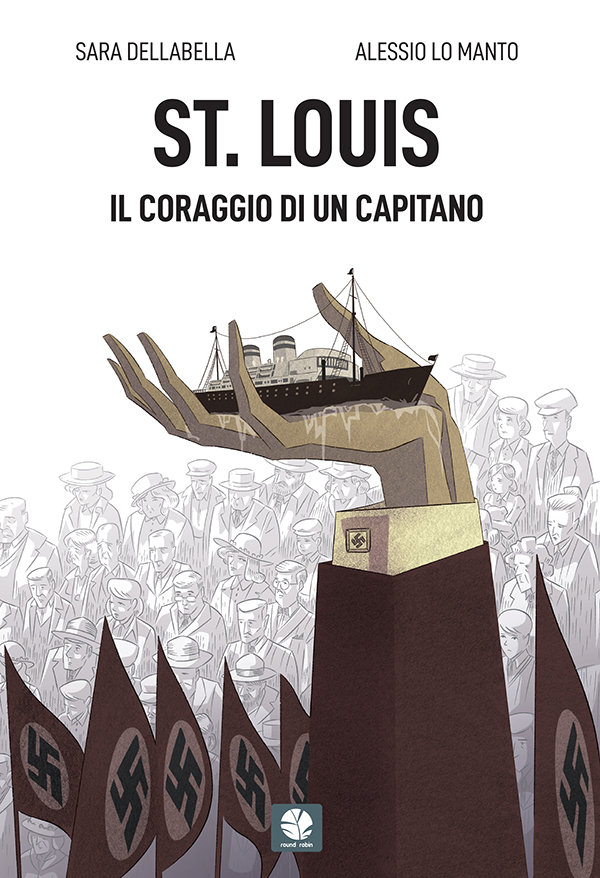