The website is under construction. We apologize for any inconvenience.
Home / Books/ Fiction/ Suite 200 (New Edition)
BooksFiction 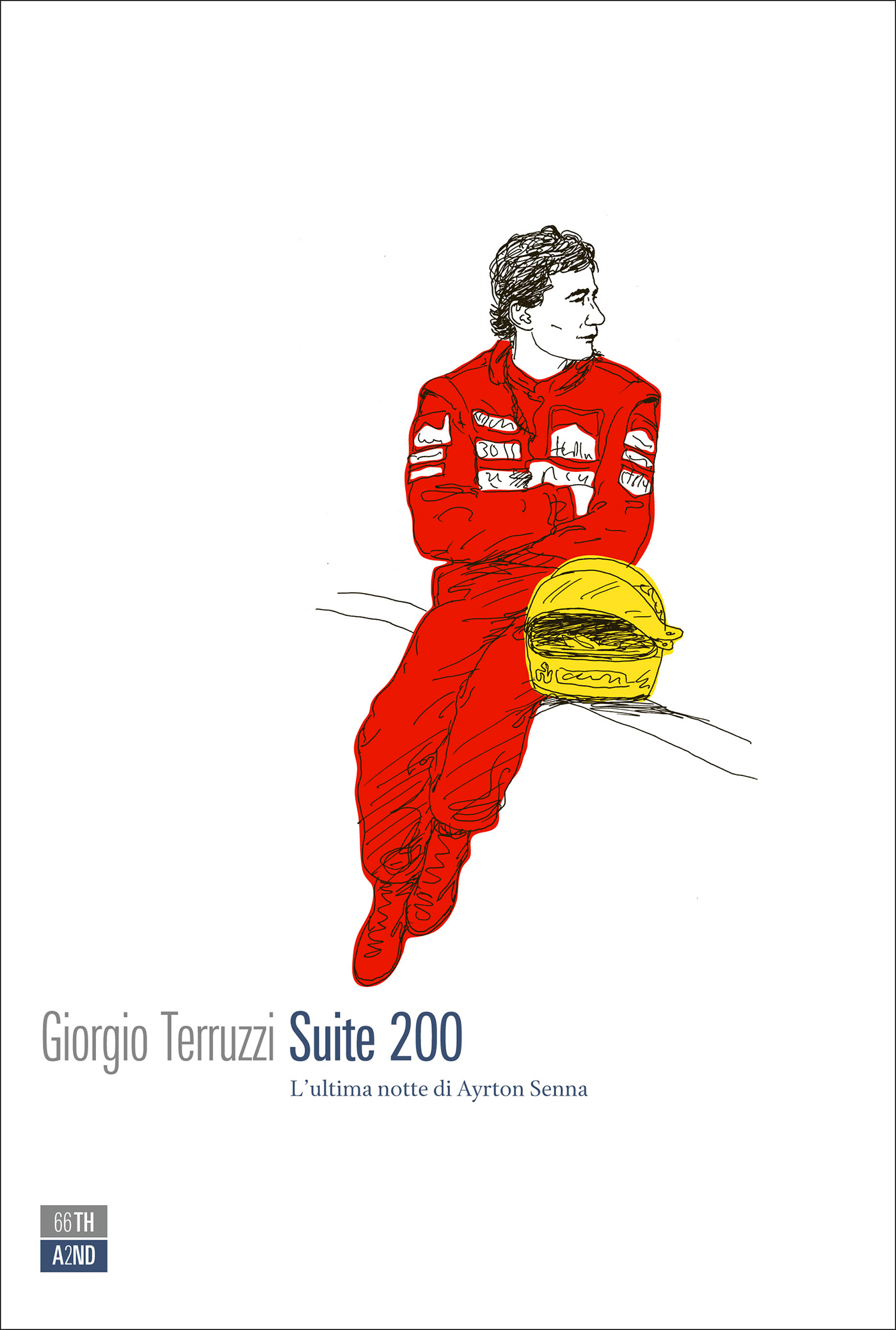 “Although reverse course doesn’t exist in real life, Giorgio Terruzzi's tale revives Ayrton Senna in the heart of all of us.” – Alex Zanardi. “A small, great masterpiece.” – Guido Meda

The last night of Ayrton Senna, arguably the greatest driver in Formula 1 history.

Saturday, April 30th, 1994, Hotel Castello, not far from the circuit which hosts the Grand Prix at Imola. In the suite 200 Ayrton Senna will live his last night. The day before the race was marred by accidents: his pupil Barrichello was safe by miracle, in qualifying Ratzenberger lost his life ending at 300 km / h against the wall of the Villeneuve curve. Senna is shaken, he does not want to run. It will be a night of thinking, his whole life will be sieved: the complex relationship of love and hate with his father, the inevitable but often suffocating presence of his family, his talked-loves, the races that have been a turning point, the rivalry with the other drivers (above all Piquet, Prost and the rising star Schumacher).
In Suite 200, presented here with an original foreword by the author, Giorgio Terruzzi takes us on the inside of life of one of the most popular drivers ever, concentrating it in one night: the delicate and unusual portrait of a champion, but also a man whose death has left a huge void.

Giorgio Terruzzi (Milano, 1958), sports journalist, television author and writer, has been dealing with and attending to Grand Prix, MotoGP and rugby for years. He has worked with Corriere della Sera, Icon, Autosprint, Sport Mediaset and the tv show Quelli che il calcio. He has written, among others, Una curva cieca (winner of the Bancarella Sport Prize in 1992) and two novels: Semplice (Rizzoli, 2017) and Quando ridi (Rizzoli, 2018).