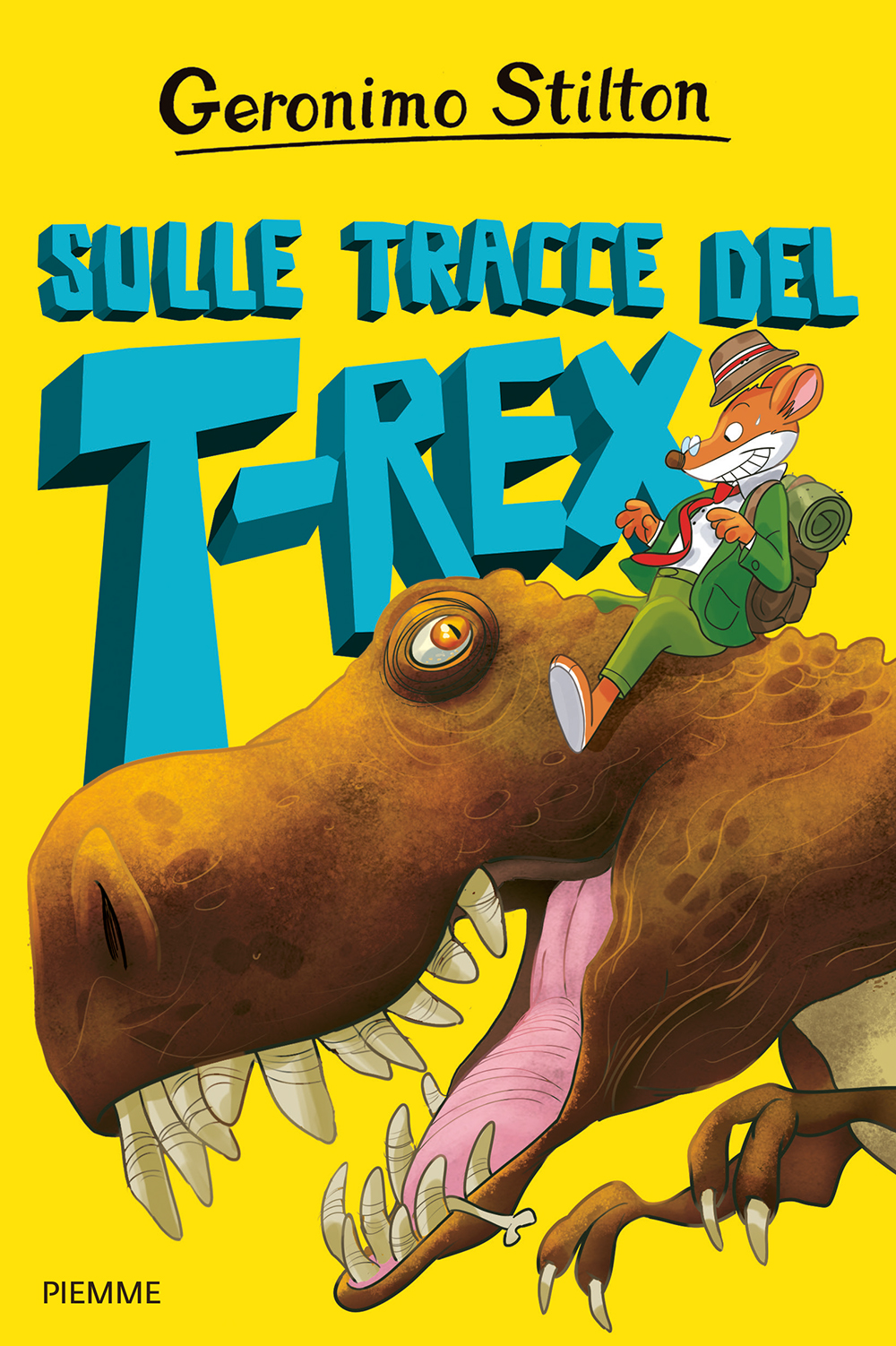 A DINO FOR EACH ADVENTURE brings a… MEGAZOOIC FUN!There’s an island in the middle of the ocean that’s not shown on the maps and almost impossible to find. It’s a very secret place where dinosaurs have continued to live, and where a top-secret laboratory has been set up to study and protect them. Geronimo is called to the island by his friend Karina von Fossil, the director of the laboratory, to lend a paw to fix a serious emergency. Adventure, mystery, dinosaurs, and a whole lot of fun – everything is possible on amazing Meteor Island!

Geronimo Stilton is the publisher of The Rodent’s Gazette, Mouse Island’s most famouse newspaper. He is Rattus Emeritus of Mousomorphic Literature and Neo-Ratonic Comparative Philosophy. In his spare time, Mr. Stilton enjoys collecting antique cheese rinds, playing golf, and telling stories to his nephew Benjamin. He lives in New Mouse City, Mouse Island.