The website is under construction. We apologize for any inconvenience.
Home / Books/ Children/ Undicesimo viaggio nel Regno della Fantasia
BooksChildren 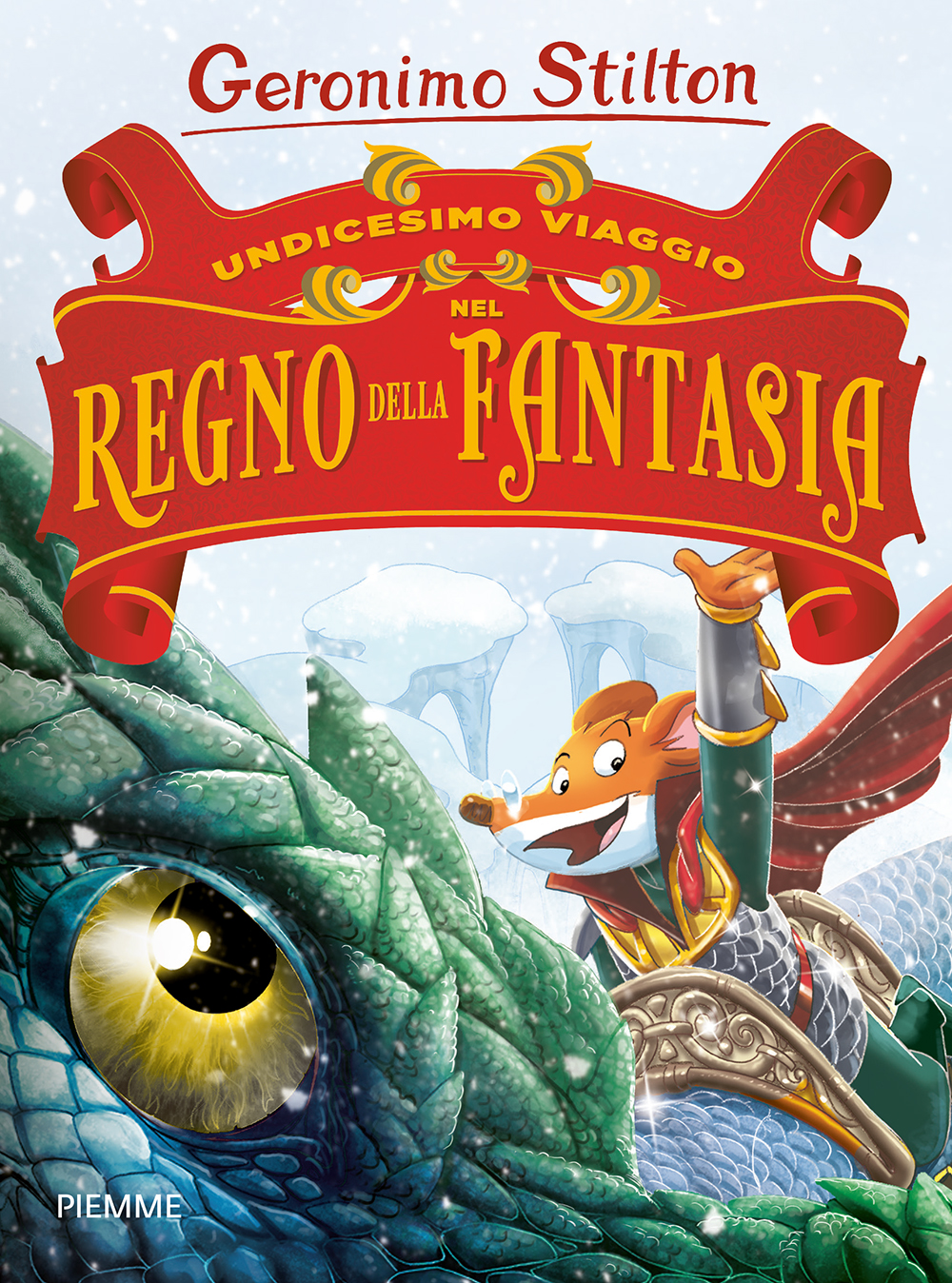 Come fly with GERONIMO STILTON on the WINGS OF FANTASY

One of the most popular in the GeronimoStilton series about the power of dreams andthe imaginationOver 16 million copies sold worldwideA new adventure awaits Geronimo Stilton in the Kingdom of Fantasy. Five princesses,the daughters of the king and queen of Lotusland, have been kidnapped by thewitch queen of Salazen Grum, the wicked Dark Stone, who plans to turn every inchof the Kingdom of Fantasy to stone. According to an ancient legend, to free them,Geronimo will have to find five dragons on the Island of Dragonia that each possessone of the five qualities of purity – the most courageous, the sincerest, the wisest,the most creative, and the wittiest. Then, together, they can challenge the power ofDark Stone.Geronimo and the Company of Dragonia face a thousand dangers, escaping thedangerous Droolgons (particularly smelly dragons that basically eat everything),crossing the Land of Pouring Rains, flying over Hailing Peaks, and, finally, overcomingthe Eternal Volcanoes. But to defeat Dark Stone, save the princesses, and bringthem all back safe and sound to Lotusland, Geronimo will also need the strengthand friendship of Munch, a small but powerful dragon who joins the Company of Dragonia.

Geronimo Stilton is the publisher of The Rodent’s Gazette, Mouse Island’s most famouse newspaper. He is Rattus Emeritus of Mousomorphic Literature and Neo-Ratonic Comparative Philosophy. In his spare time, Mr. Stilton enjoys collecting antique cheese rinds, playing golf, and telling stories to his nephew Benjamin. He lives in New Mouse City, Mouse Island.