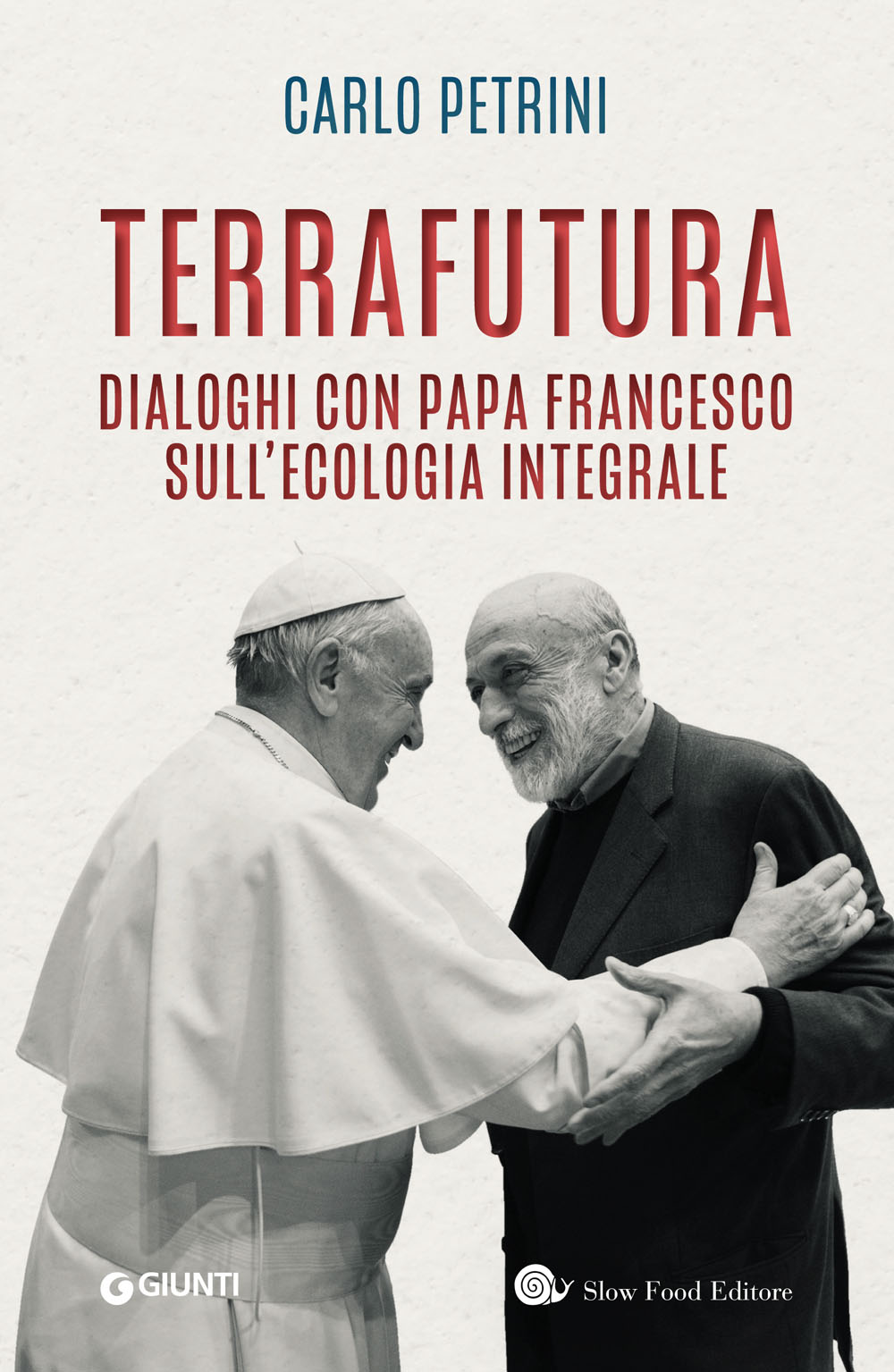 Five years ago, with his second encyclical, Praise Be to You! (Laudato sì) Pope Francis gave the world his extraordinary vision of social justice, founded on respect for every living being, for a fair economy that would not worsen environmental decline, poverty, and exclusion. For his “social encyclical” Pope Francis was inspired by many scientists, intellectuals, and philosophers working on the topics of sustainability: one of these being Carlo Petrini, the founder of the Slow Food movement and the inspiration behind the Terra Madre movement, the author of Good, Clean, and Fair, which was published fifteen years ago and is still relevant today. From this fundamental text, the friendship between Pope Francis and Carlo Petrini was born, between the Jesuit head of the Catholic Church and a “pious agnostic”, as the former very wittily described the latter. In a rare move, Pope Francis asked Carlo Petrini to be his guide in the reading of material for the second encyclical, and as a result blurring the distinction between believers and agnostics. From their collaboration, TerraFutura is born, a book that delivers three important and relevant dialogues that follow five core themes: biodiversity, economy, community, migration, and education. These dialogues with Pope Francis on Integral Ecology are aimed squarely at the younger generations to allow them to reflect and to organize pacifist, collective activism that looks to new models of coexistence in an environment that is “good, clean, and fair”.

Carlo Petrini founded the Slow Food movement in 1986. In 2004, TIME magazine named him a European Hero of Our Time. In January 2008 he was listed among the “50 People Most Likely to Save the World” in The Guardian (UK). On September 18, 2013, Carlo Petrini received the United Nations Environment Programme’s UNEP Champion of the Earth Award. The award is the UN system’s highest environmental accolade.