The website is under construction. We apologize for any inconvenience.
Home / Books/ Fiction/ Una lettera per Sara
BooksFiction 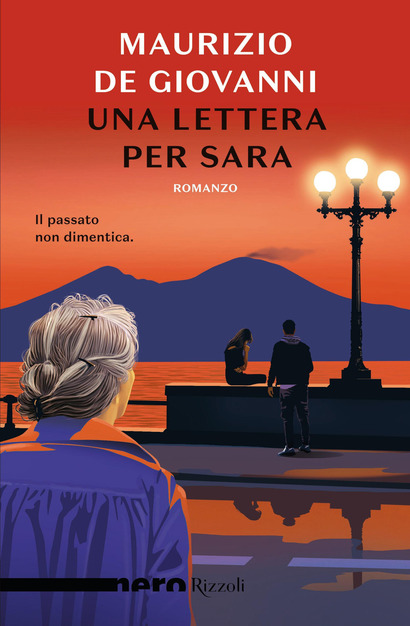 “This is the best of the series for the strength of the plot, the precise fit of the pieces, the rhythm of the narrative and for the characters, who seem truly alive” – La Lettura

Sara Morozzi, the invisible woman who investigates the mysteries of Italy. In a journey back in time, Maurizio de Giovanni unravels the thread of the most dangerous investigation, the one that slips into the insidious territories of the collective and criminal memory of an entire country, to solve the mystery of who we believe we are, and finally discover who we really are.

While a shy springtime overlooks in the city, the ghosts of the past return to settle unfinished business, like the last blows of a stubborn winter. April is the cruelest of the months and Inspector Davide Pardo realizes this when, one morning at the counter of his favorite bar, he finds himself in front of Deputy Commissioner Angelo Fusco. Distressed and physically exhausted, Davide’s old superior looks just like a ghost. He has reappeared from the shadow of a distant days because he wants a favor. Antonino Lombardo, a dying prisoner, has asked to meet him and he must get an interview with him. The procedure is completely unorthodox and the eleven o’clock coffee ritual has gone to hell: there’s no reason not to stall and buy some time. And in fact, Pardo hesitates. He hesitates, he makes a mistake, and disaster strikes.

To repair the damage, the policeman turns to Sara Morozzi, the invisible woman who reads lips and interprets body language, former agent of the most secret unit of the Services. After so much pain, a peaceful time has come in Sara’s life, now that Viola, the girlfriend of her dead son, has given her a grandson. Lombardo’s name, however, is the breath of an icy wind that blows treacherously in the warmth of April, and lets memories that would be better to forget emerge once again.

Maurizio de Giovanni (Naples, 1958) is the author of the bestselling cycle of novels starring Commissario Ricciardi and of the series of the Bastards of Pizzofalcone. His books have been translated in France, Germany, England, Spain, Denmark and the US. With Sellerio he has published two stories for the collections Regalo di Natale and La scuola in giallo starring Mina Settembre.