The book follows a multi-faceted structure. There is an introduction that explains the genesis of the book; there is the story of the nurse Tornior, a pillar of the ward, a sort of concrete, hard-working alter ego who is deeply motivated by the psychiatrist Sorrentino; naturally, there is the story of Sorrentino, a tireless, driving force of experience (he left America during the war in Vietnam to study in Italy and, after reading L’istituzione negata, he fell in love with the revolution that took place in the insane asylum in Gorizia and was ongoing in Trieste. Combining Cohen and Tobino, he liked to say that madness is “a crack from which a light gushes that can defeat all hypocrisy”); there is the story of the actor Carlo Colnaghi ‒ who, in his own way, makes conscious and grateful use of the psychiatric services – with his impatience with orderliness, with his feeling of always being in transit, with his stubborn oscillation between the street and his desire for recognition, and his encounter and collision with Sorrentino and Tornior, but above all, with the director Daniele Segre (with whom he will perform in Manila Paloma Blanca and go to the Venice Film Festival); and  there is a brief final note that recounts the ebb of this experience, starting in the 1990s. And, the heart of the book, there are the heartbreaking stories of the “paz:” the patients. And here, the author’s incisive writing style and ability to construct stories emerge in full. Forty years after the Basaglia law, a captivating, narrative reflection on psychiatry as an institution.

Francesca Valente was born in Asti in 1974 and lives in Turin. She translates from the English, French, and Japanese. She wrote the children’s book Il miele. Tutti i segreti delle api (Slow Food Editore, 2010). Since 2014, she is a copywriter at an advertising agency. Her texts have been put to music by the jazz musicians Francesco Aroni Vigone and Stefano Risso. She studied Japanese at Ca’ Foscari in Venice and contemporary art at UCLA, and has lived in Japan. 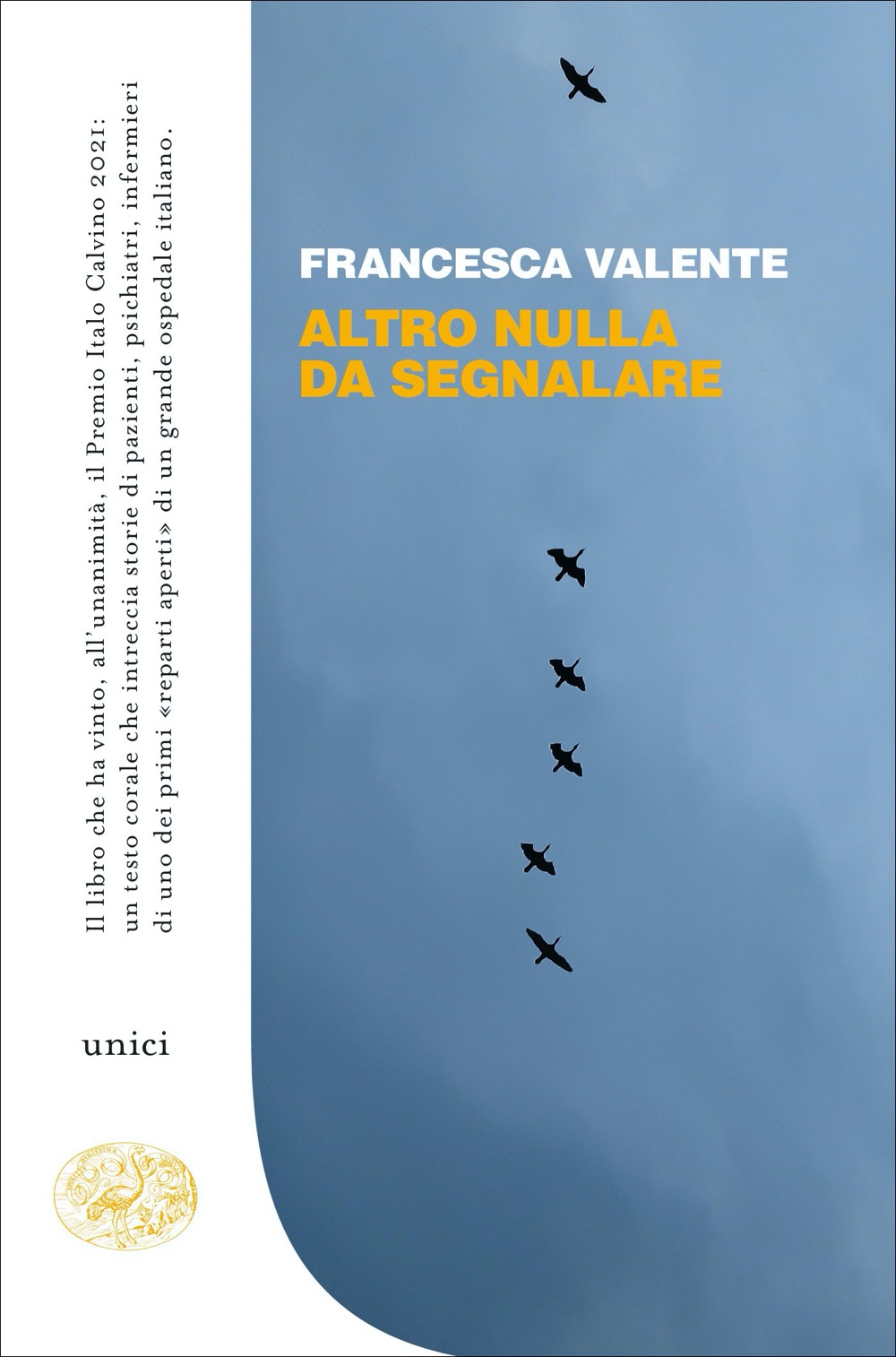