The website is under construction. We apologize for any inconvenience.
Home / Books/ Fiction/ Il morso della vipera
BooksFiction 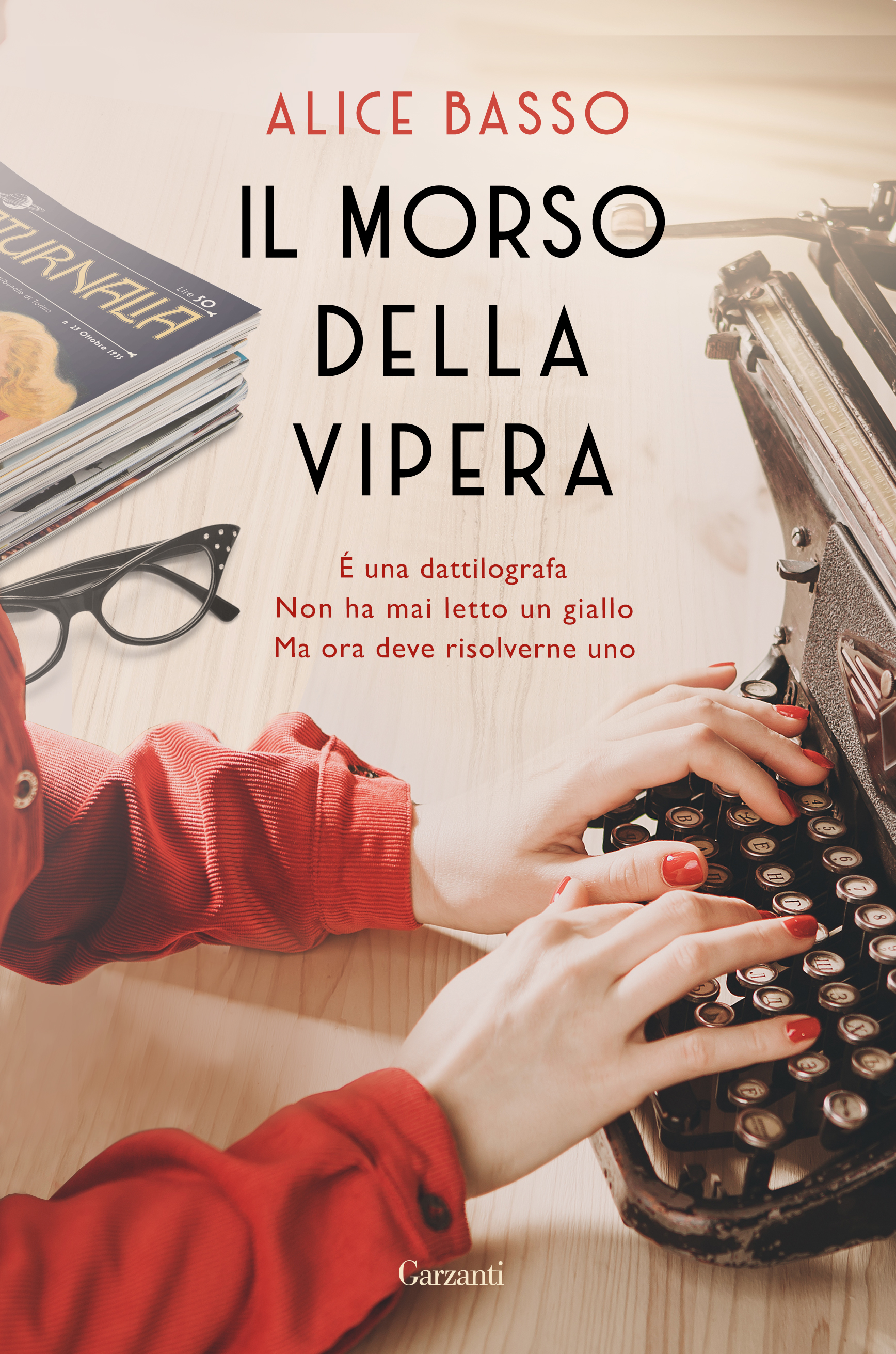 The new unmissable series by Alice Basso. A new, unforgettable character. A story that narrates women’s employment under fascist rule.

A fresh, captivating story with hard-boiled nuances on women under fascism, the relationship between books and dictatorship, and how literature can free us.

Turin, June 1935 – While Mussolini readies for war in Ethiopia, Fascist authorities exercise their control far and wide throughout the country. Nevertheless, life goes on as usual for pretty 23-year-old Anita Bo. She’s about to get engaged to the handsome Corrado – and marrying a good catch should be every young Italian girl’s dream. But Anita isn’t quite ready for the gilded cage of wedlock and motherhood – she has trained as a typist and wants to put her education to good use, so she’s giving herself six months to prove she can be an independent, working woman. Anita finds work as a typist for Saturnalia, a magazine run by Sebastiano Satta Ascona and his friend Muzio Monné. The magazine features the translations of hard-boiled stories by names such as Raymond Chandler, Dashiell Hammett, Erle Stanley Gardner and the fledgling greats of detective fiction that are winning over the world, even Italy. In order to hinder this rampant love for the foreign, Mussolini hires some writers – including Sebastiano – to write detective fiction set in Italy that extols the virtues of the perfect Fascist policeman. Sebastiano is forced to take on the task in order to protect his militant antifascist father. He finds it loathsome to work for the regime, as its crimes and abuses go systematically unpunished. Then Anita, an anti-fascist and rebel by nature, has an idea: while the papers are forced into silence, writers still have a way out. So why not denounce the crimes and their perpetrators by dressing them up as mock American fiction? Anyone quick-witted enough is bound to pick up on the actual atrocities going on close to home. So Anita and Sebastiano create a fictional American writer called John Dorcas Smith in order to denounce crimes and still make it by the regime’s censorship. Using all the tricks they have learnt from hard-boiled fiction, Anita and Sebastiano turn into two detectives and hunt down the truths their fellow citizens need to know.

Alice Basso, born in Milan in 1979, now lives in a charming medieval village outside of Turin. She works in a publishing house. Il morso della vipera is her sixth novel.