The website is under construction. We apologize for any inconvenience.
Home / Books/ Children/ La Freccia Azzurra
BooksChildren 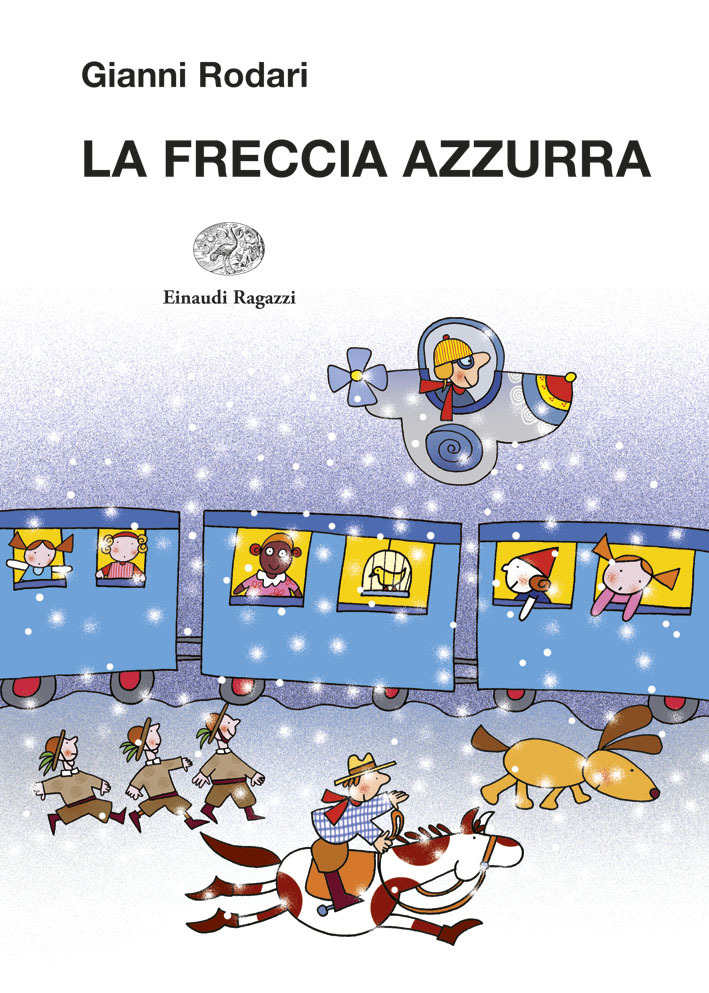 The adventures of Francesco and the army of toys will only come to a surprising end at dawn.

The Blue Arrow, a beautiful little train displayed in the Befana shop window, captures the gaze of little Francesco, who sells candy in a cinema and will never have the money to buy it. Even toys, however, have a heart, and on the night of January, 6th they get on the train; thus they begin an adventurous journey to reach the children who really want them. Rodari spoke about important topics lightly, and his fantastic train passes on the tracks of solidarity, touches the friendship stations, runs towards a smiling future.

Nicoletta Costa illustrator and writer. She has received numerous awards. Her books are published by many foreign publishers