La terra, il cielo, i corvi takes place in the late winter of 1943, in Russia, when two prisoners get out of a detention camp near the White Sea, taking their jailer hostage.
The story is told by Attilio Limonta, Italian Alpine Corps, born in 1919, anarchist determined to survive at any cost with a past as smuggler in Lake Como. With him the reader shares emotions and thoughts, and the effort to coexist with two fellows he didn\’t choose and he doesn\’t feel confident with. But forced cohabitation and extreme conditions finally show the true selves of the three characters: the escape turns into a quest for freedom, for a better understanding of oneself and of others, through sharing experience in a pre-verbal dimension. The dialogues are written keeping the original languages of the characters, creating a stunning and even more immersive experience for the reader. And that\’s the point: it doesn\’t take much to understand each other, even if we don\’t speak the same language, we are all human. 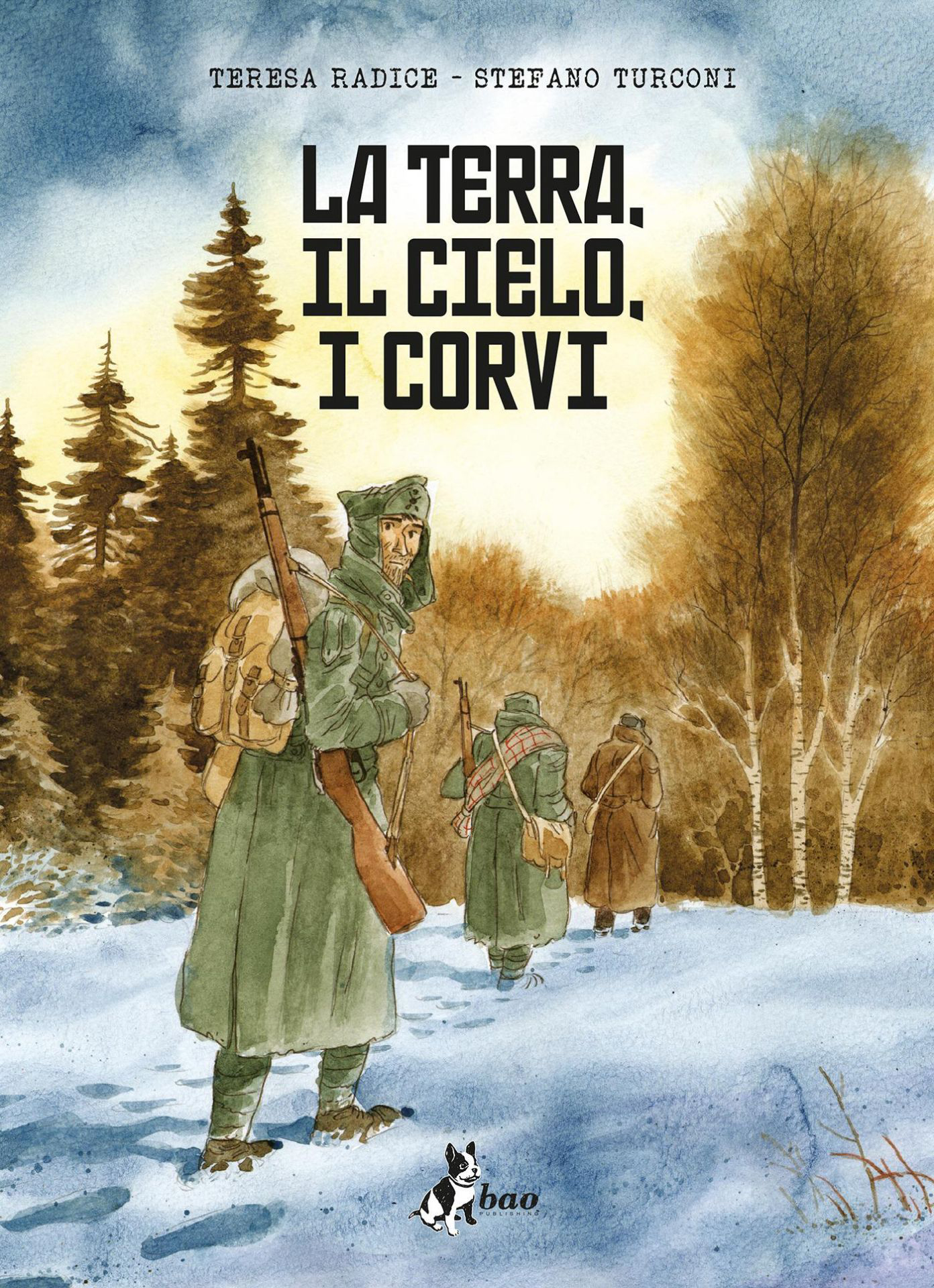