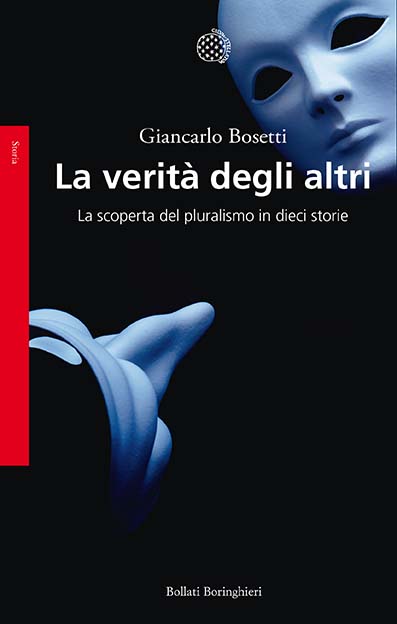 Ten surprising, enlightening stories, covering five continents and 2,500 years during which the pluralist idea has never ceased to be felt, rising against all monism, dogmatism and fundamentalism.

For as long as mankind has been here on earth, men have been fighting each other. But since the very beginning, there have always been those who have tried to understand points of view different from their own. Looking out on the border between France and Spain, Pascal pointed out that what is law on this side of the Pyrenees is a crime on the other side. Whoever thinks that the law is a divine (or natural) emanation, univocal for the whole of humanity, struggles to come to terms with the truth of others and tends to fight alternative visions to one’s own. Throughout history, however, there have always been those who have believed in pluralism and have seen in the comparison with others the opportunity to reread the world and themselves in a new light. This book by Giancarlo Bosetti is dedicated to ten of these exceptional people, ten brave ‘pluralists’, narrated in a masterly manner. We will discover among these pages the singular edicts of Ashoka, the emperor mauryia in India of the third century. a.C., the subtle doctrine of the apocatàstasi advocated by Origen in the Church in the III century. AD, the unsettling reaction of Nicola Cusano to the capture of Constantinople by the Turkish ‘infidels’ in 1453, the battle of Bartolomé de Las Casas in favor of the Indians of the New World, the subtle arguments of Michel de Montaigne on cannibalism, the fable in code of Gotthold Ephraim Lessing in a famous work that contains the answer to his persecutor, the birth of citizenship ‘with the hyphen’ in the United States by Horace Kallen, the reckless battle within the Catholic hierarchy of the Belgian theologian Jacques Dupuis, the disruptive ethnological novelty represented by the studies of Margaret Mead and, to cover everything, the radical anti-monist vision of the historian of ideas at Oxford Isaiah Berlin.