This book constitutes a critical and diachronic study of the Xiandai hanyu cidian, a dictionary of modern standard Chinese whose compilation is entrusted to the Institute of Linguistics of the Chinese Academy of Social Sciences. To this dictionary, the political leadership of the People’s Republic of China attributed a primary function in the project for the standardisation of the Chinese language, officially launched in the second half of the 1950s. Now in its seventh edition (2016), this dictionary continues to be regarded as one of the most authoritative lexicographical products of its kind. he book adopts a theoretical and methodological approach that draws on critical lexicography and critical analysis of lexicographical discourse, with the aim of investigating the various manifestations of the relationship between the discourse constructed by the dictionary and the context of its production, especially with regards to the influence that the dominant ideological and value system has exerted, in different historical moments, on the processes of lexicographical compilation and, consequently, on the contents of the dictionary. Relying on a rich array of primary and secondary sources, the book first introduces the object of study, highlighting both the central position assigned to the Xiandai hanyu cidian in the field Chinese lexicography and how its publishing project was affected, especially during the phases leading to the publication of the first edition (1978), by the political climate of the time. The case study then proposes an analysis of selected items that examines how meaning is constructed in the different editions of the dictionary, also focusing on the diachronic evolution of lexicographical discourse in relation to the socio-political changes that have taken place in the context of its production and, particularly, in the political and institutional discourse of the People’s Republic of China.

Chiara Bertulessi holds a PhD from the University of Milan, where she specialised in Chinese critical lexicography. Currently, she is working at the University of Milan as a postdoctoral research fellow, where she is carrying out a research project on Chinese political discourse on education. Her research interests revolve around the fields of Chinese lexicography and lexicology and Critical Discourse Analysis, particularly with regards to contemporary Chinese political discourse. 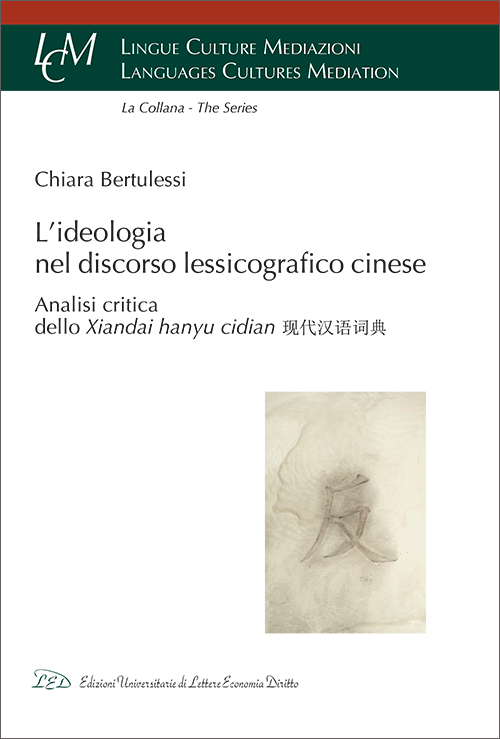