The word alchemy is part of the everyday lexicon and generally refers to a particularly refined operation or thought, reserved for small circles of  connoisseurs. Those still exist who, with the same term, indicate a doctrine tens of centuries old, characterized by the search for the philosopher’s stone, a mysterious object capable of transforming base metals into gold and healing any ailment. It was believed that this magical stone could be obtained through a series of complex laboratory operations, called the great work. Many alchemists have conceived experiments of all blends and conditions without being able to achieve the desired result. Despite their failures, something changed: their countless attempts yielded products that were different than those initially used. Consequentially, many scholars identify a similarity between the activities of an alchemists and those of a chemist, neglecting the fundamental differences that reside in the basic principles of the two doctrines. The authors of the present work do not share the notion that chemistry derives from alchemy. Here, they examine and compare theories from both fields, review them at crucial points in history, and highlight how our modern knowledge of chemistry developed past the ways of old. The authors reference some of the most celebrated names in the field: Geber, Bacone, Alberto Magno, Paracelso on one side, and Boyle, Van Helmont, and the School of Lavoisier on the other. The incompatibility between the two ways-of-knowing highlights that the development of modern chemistry could only occur thanks to the marginalization of alchemy.

Febo Severini  – Associate Professor of Materials Science at the Polytechnic of Milan until 2001/2002. He has taught Polymer Science and Technology At the University Of Messina. In 2020 he published, with LED Edizioni, Le Parole della Chimica (The Words of Chemistry), in cooperation with Raffaele Gallo.

Giuseppe A. Severini – Graduated in Medieval History at the State University of Milan, and conducts research on music and organology of the 11th and 12th centuries. 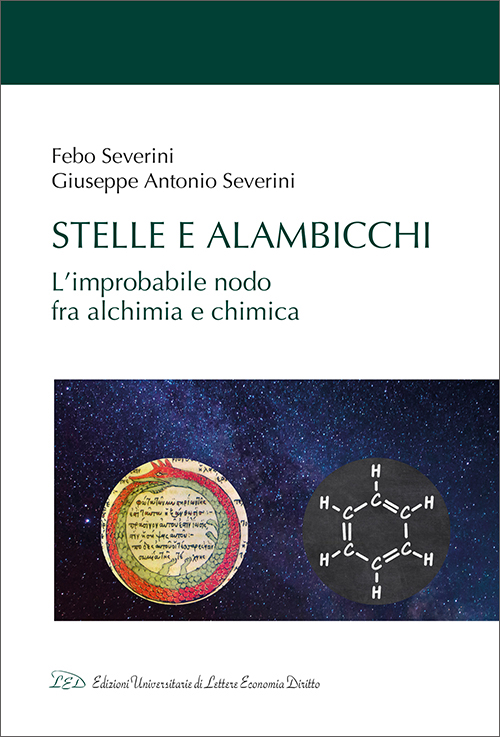