In 1973 the Pink Floyd released their eighth album, The Dark Side of the Moon. With its evocative graphics, it became one of the most iconic designs to ever grace an LP: the image of the triangular prism turning light into colors was bound to affect all the collective imagination. The title logo of the new, ambitious series by Matteo De Longis, The Prism, is obviously an homage to this pervasive imagery. But certainly not the only one to list in the first volume titled Burn!: the whole book is dotted with easter eggs, from movies (one for all, Kubrick\’s 2001: A Space Odyssey), videogame design (such as Death Stranding or Bioware) and Japanese anime (it\’s almost impossible not to think about Gundam or Evagelion). All these tributes are not simple references, they work as sound boxes that amplify the book, creating harmony among all the parts. And so we come to the very thrust of the story: music and sound.

Matteo De Longis sets his story a few years into the future, in 2059, when sound pollution is threatening life on Earth. The biggest corporation of the world funds a crazy project to save the planet, sending to space the coolest musicians to record an album which is expected to stop with its sound the S.O.T.W. (Smoke On The Water), the deadly sound pollution, that is laying waste to the oceans.

The entire series can be seen as a concept album: seven volumes the first of which works as an intro, five as songs (each one devoted to one member of the band) and the last volume as outro. Here a brief list of what you\’ll find in this first volume and what you should play while reading it: Muse, Smashing Pumpkins, Tool, Mars Volta, Foo Fighter, System of a down, Porcupine Tree, Nine Inch Nails… good listening to everyone!

Matteo De Longis has worked with Soleil, Marvel, Sergio Bonelli Editore and he has created visual and concept-arts for many video games. BAO Publishing is going to publish his first long series, the PRISM. 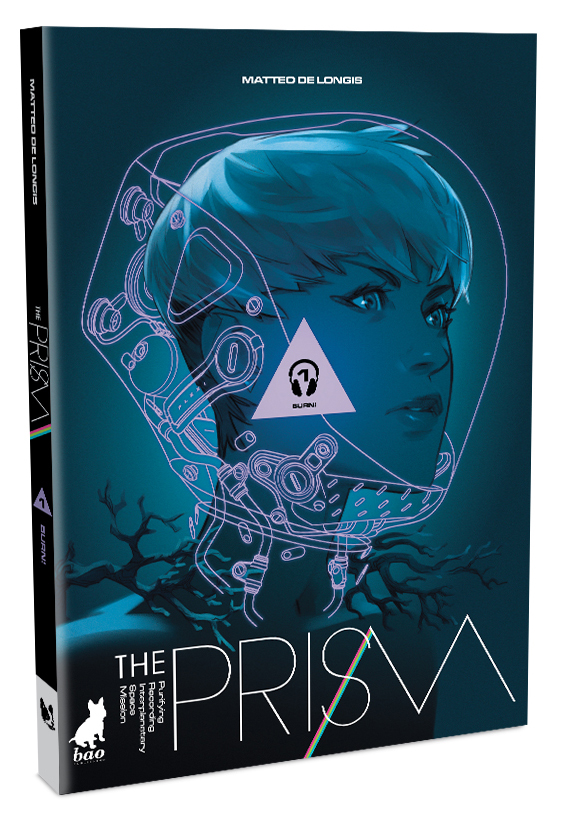