Alessio works as a bookseller and is secretly in love with Monica, a girl who sells books as well. Even though he dreams of marrying her and merge their shops together, for now all they do is meeting in the oldest osteria in Bologna to talk about their most peculiar clients – such as a man who visits Alessio’s bookshop everyday at the same time, wonders among the shelves for thirty minutes sharp, and then buys the first book he stumbles upon; or a girl always on the hunt for nonexistent novels of which she perfectly remembers the synopsis (and that are eventually published for real).Then there is a famous writer, and he has a secret too: he wrote tons of novel when he was a nobody, and now he can’t write anymore. How will his agent and publisher react when they’ll find out the truth? And then we have a woman who writes erotic stories, and she’s looking for someone who’s willing to pay for watching her as she writes barefoot. Alessio and Monica decide to get these two desperate writers together, and that’s when the unexpected happens.

Born in 1971 in Bologna, Gianluca Morozzi is one of the most prolific Italian authors of his generation. He writes novels, short-stories collections, non-fiction titles and graphic novels. The bulk of his books are published by Guanda, TEA and Fernandel. Rights to Blackout (Guanda, 2004) have been sold to UK/US (Bitter Lemon Press), Germany (Goldmann Verlag), and Spain (Alba Editorial), with an English movie released in 2008. 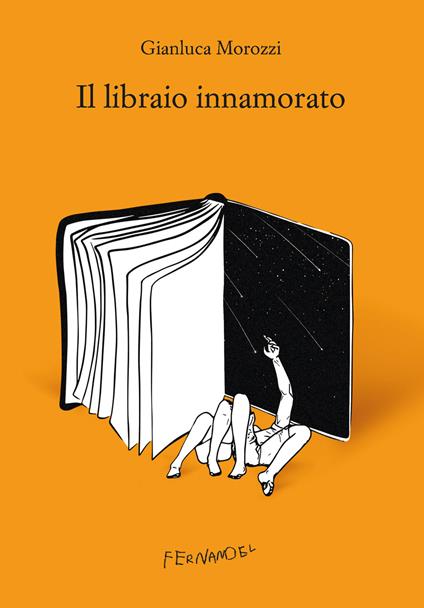